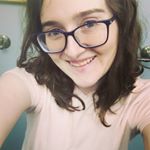 One of the most frequent questions someone asks me in response to talking about being abused is “Why didn’t you tell anyone?” This question continuously bounces back and forth inside my chest, echoing through my veins. I didn’t say a word to anyone for three years, what does that mean about me? During my court case, the police asked me, “Did you like it?” as if I let it happen to me as if I wanted it. These questions further perpetuate the shame I already experience due to the trauma itself. They validate many of my core beliefs including that I deserved the abuse, that I was at fault, and that I am unworthy of empathy. These are just some of the harmful effects of victim-blaming and victim-skepticism.

“Well, you were wearing revealing clothing, so you were asking for it,”
or
“You were drunk, you deserved what you got.”

Victim-skeptics are ignorant individuals who don’t believe the victim and come up with reasons as to why the abuse didn’t occur. They say invalidating statements like,

“They must have consented, this doesn’t count as abuse,” or
“This couldn’t have happened, they must have made it up.”

In our current society, victims’ experiences are often minimized, discounted, and even rejected. Meanwhile, abusers are defended with sympathy, rationalization, and excuses. This breeds a fast-growing toxicity that has been coursing through America, denying justice and safety for Americans and abuse victims. Out of every 1,000 rape occurrences, only 5 rapists are incarcerated. Out of every 1,000 assault occurrences, only 33 criminals are incarcerated. This is our criminal justice system (or lack thereof). If you’re wondering why victims don’t come forward, many victims fear that the police won’t do anything to help. Another common fear is that the abuser will seek revenge, and if law enforcement isn’t protecting the victim, who can they rely on?

This desperately needs to change. Although there has been progress made, such as the establishment of the #metoo movement, there is still so much headway that must be made. So, what can we do?

Spread Awareness. Educate and be educated. Reject being a bystander. Be an activist. Support victims.

Need ideas? Here are some resources:

My favorite animals are sloths, alpacas, and manatees :D

When They Ask Me Why I Stayed, This Is What I’ll Say

Listen To Me: You Didn’t Deserve What They Did To You

Why Are You Dating Her When You Didn’t Want To Date Me?