Here’s All The Stuff I Fucking Liked In September

Virgo season sent me into an existential tailspin about my ~future~ and I cried my eyes out (chic!) more than once in a therapists office about worrying about change, my health, and dying alone.

A Quick Guide To Detoxing Your Body

Cleansing yourself is an essential part of maintaining good hygiene, but have you ever given much thought to cleansing your body on the inside?

10 Reasons Why Vegans Are Actually Evil

11 Things Everyone Who Has Gone Vegetarian Is Sick Of Hearing

I mentioned parsnip to someone last week and they looked at me like I was a three-eyed monster.

5 Things That Totally Suck Now, But Pay Off Later 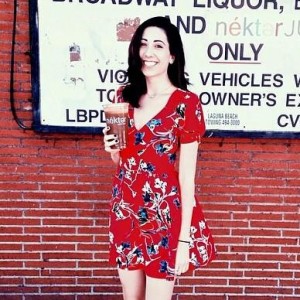 Building a structured life as a 20- or 30-something is challenging to say the least.

The guacamole on my Chipotle order doesn’t cost extra.

Get ready for your diet to die.

How Juice Press Corrupted Me

I was tempted to rattle off a list of maladies to the chick at the counter to ensure I chose wisely – I have super dry elbows, my dog doesn’t listen to me, and I really like rom coms…which of these $17 bottles of liquid vegetables will make me a princess?