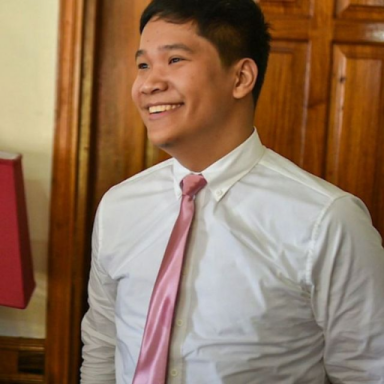 The car shook underneath them.

Something Disturbing AF Is Going On With My Netflix Account

I assumed it was some weird gimmick that Netflix was using throughout the month of October. Halloween is coming up, after all. Maybe they were trying to promote their spookiest television shows in a clever way. Trying to scare their viewers.

Now, Long-Distance Couples Can Feel Closer With The Help Of Holograms

A hologram of my boyfriend appeared, holding a spatula with a goofy smile on his face. It was bizarre. Like looking at a full-size photograph. A wax figure.

After What Happened Yesterday, I’m Never Letting Trick-Or-Treaters Knock On My Door Again

A pair of siblings came to the door. One sister was dressed like me, a miniature Dorothy. The other was dressed in rags with blood smeared across her face and bloodshot contacts in her eyes.

There’s Something Strange About My ‘Frozen’ Halloween Costume

This year, I’ve decided to go as a zombie version of Elsa. I’ve splattered blood across the skirt with a giant wound in the chest, so it looks like a shard of ice has impaled me.

The New FaceApp Filter Is More Dangerous Than You Think

Some people have been tweeting out warnings about how dangerous it is to give a facial recognition app access to your photos for security reasons — but there’s an even creepier reason you shouldn’t be using the app.

1. I stopped at a red light and saw an attractive young man jamming out to “Stairway to Heaven,” in a Chevy truck next to me, but as soon as I looked at him, he flashed his blinding white teeth at me as his eyes started oozing out tar and smoke billowed from his nostrils – then the light turned green, but when I pressed on the gas as hard as I could, the engine began to sputter.

“I don’t think our smart kitchen even has a manual setting. Trying to cook ourselves could mess up the entire system.”