How to be Sick

Wonder why no one talks about the emotional ramifications from being sick, how a few days inside your apartment with nothing but time on your hands can lead to some dark thinking. Feel surprised by the immense sadness you felt while sipping your smoothie and watching Judge Judy alone in your bed, and be unable to recall the last time you ever felt that lonely and scared. 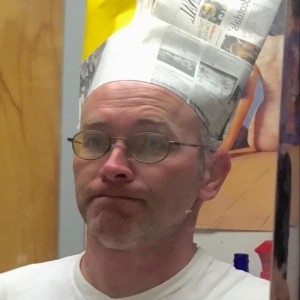 Elvis is still alive? I couldn’t care less. Bigfeet on the prowl? Fun idea, but we’ve driven much more robust species than Bigfoot into extinction since the Patterson film came out. Obama is really a Muslim? Yawn.

5 Things To Do After You Graduate College

Excuse me, but haven’t you heard of funemployment? Our generation can’t get jobs. It’s like a rule. After you graduate, you’re obligated to do nothing except complain about doing nothing. Gosh, it’s so hard. We’re just victims of horrible timing. I guess you’ll have to spend another day inside watching Reality Bites and totally relating. I mean, you could check Craigslist, but it’s so demoralizing.

When Hipsters Show Up On TV

Christos, a twenty-something design rep who lived in Greenpoint, probably spent his days at alternative gay bar, Metropolitan, and liked to have barbecues in McCarren Park with his super cute friends. David, an old WASPy gay, probably never set foot in Brooklyn and liked to spend his time shopping in Chelsea on Ambien. Regardless of the outcome, it was still titillating to see such an alternative gay on the screen.