When he heard about the 900+ people who died at Jonestown, he thought “they must be stupid”.

“There are places in my house my wife doesn’t like to go – that make her hair stand up on the back of her neck.”

At 5:30 AM, I got the paper from my door and found my photo on the first page of the Herald’s Broward section. “Writer Rejects Senior Benefits” was the headline. I still haven’t heard from the Human Relations Division, but I did hear from WINZ who woke me up at 8:30 AM after I’d fallen back asleep, calling to ask for an interview.

“I once held hands in a circle with nine other guys while we both danced to and sang along with Shania Twain’s ‘I Feel Like a Woman.’”

The class seemed quiet until Benett and his friends started shrieking “Gay power!” and other chants I couldn’t make out. I went on with the punctuation lesson except for a comment about Tourette’s syndrome victims; Robbie caught my eye and smiled. Later, I told him I’d see him in the play he’s acting in.

I was asking students to give me an adjective, and after two girls said “little” and “short,” I laughed and said, “You’re looking at me.” I heard Benett say, “Then they would have said faggot.” “That’s a noun,” I told him. “And here’s another noun for you: asshole.” He and a couple of his friends walked out of class.

An Open Letter To The Man Hiding Inside his Closet

One day, I hope you have the courage to step out of that closet and be free. I hope you meet someone who will truly accept you.

To Be Or Not To Be: Gay Is The Answer 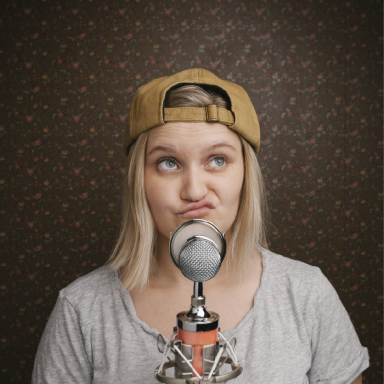 Why is the blogging community dominated by an LGBTQIA presence? Simple—it’s better to be a gay blogger. By default, it connects you to thousands of fellow gays who dominate the digital space.