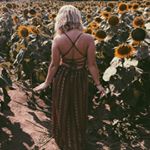 Turn off your phone. One more phone call or text from family asking if you’ve had the baby yet as if you have forgotten to tell them and you’re gonna have a meltdown.

Due Date is a bromantic comedy/road movie. I’m not sure of the origins of this particular variant on a genre that began with films like It Happened One Night, but Due Date is certainly not the first of its kind. It also might be called a screwball comedy, in that its characters are thrown into implausible, often absurd situations.