Attendants of the “Artists’ Pay For Radio Play” concert in New York City were treated to a cover of Biz Markie’s legendary “Just A Friend” by none other than former Talking Heads frontman David Byrne.

Christina Aguilera went to my high school (North Allegheny). My psychology teacher said she was a bitch and smelled like uncooked hot dogs.

Practically everybody in New York has half a mind to write a book — and does. – Groucho Marx 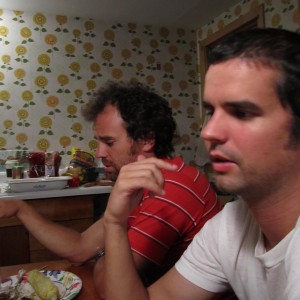 George Clinton discovered LSD and unto the snobs, he bestowed interplanetary funk.

As far as fictional bands go, there are those who can capture the sound flawlessly, and then there are some who fall flat.

When professor Brian O’Blivian says, “television is reality and reality is less than television,” it was like he was quoting from Baudrillard’s “Precession of the Simulacra”… I realized that it was really fun to theorize about Cronenberg, and I did my final presentation for the consumer culture course on Videodrome. When I showed the ending sequence to the class, they had a what the fuck kind of look on their faces.