Five Things To Do On A Sunday

You can spend it at a six hour brunch with your best friends drinking, eating, and trying your darndest to have your life resemble an episode of Sex and the City. Or you can lie in bed naked watching old episodes of Beverly Hills, 90210. Both are acceptable because Sundays are all about YOU, about reacquainting yourself with a quality of life you may have lost during the grueling work week.

When Andrea Zuckerman enrolled as a sophomore at West Beverly High, she had to be vigilant in protecting her true identity as an undercover reporter for the Los Angeles Times. She originally was there on assignment for a story concerning the vacuous lives of rich youth. However, after befriending Brandon Walsh and the gang, Andrea felt a sense of belonging that had been previously missing in her life.

A Conversation With Charlie Sheen

These days, Charlie Sheen loves to talk. In fact, some would say it would behoove him to stop talking. But that doesn’t seem very likely. The actor is in the midst of his “I’m On Crack’ media tour and appears to have no plans of stopping anytime soon. Since Thought Catalog loves a good drugged-out interview, we tried to contact Sheen for a chat.

Living and Working in a Very Modern Family

Bums having sex, old people fornicating with twenty-somethings, weird fetishes: These types of videos dominated my brother’s site and brought him a steady flow of cash. My parents were a little freaked out by its content, but I think they were mostly just relieved that he was no longer in danger of becoming homeless. My sister, however, was furious about the site’s objectification of women.

At this point, it’s safe to say that Bravo’s Real Housewives franchise has made an indelible mark on pop culture. Since its conception in 2006, there’s been six installments, record deals, spin-offs, sex tapes, book deals and exhaustive tabloid coverage for these delusional divas, allowing them to transition from legends in their own mind to sort of/kind of legends in real life.

An Obituary For Myspace

The Top 8- a feature in which a Myspace user could rate their eight most important friendships based on who they liked better that day-literally destroyed relationships. At first, it was fun to have your 8 best friends hanging out next to each other on a website because, oh my god, you loved them and you wanted everyone to know it! But then it just turned into an evil passive-agressive tool. 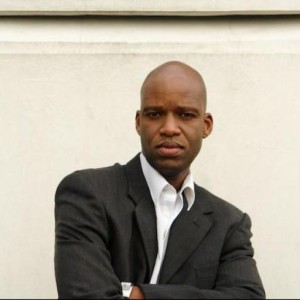 Unlike the Dawson’s Creek gang, who worked phrases like “statute of limitations on mourning a break-up” into everyday conversation, these teens actually talk like teens, and this L.A. zip code isn’t populated by the sort of stereotypical archetypes that dominated The O.C. Liam is supposed to be the tortured, brooding hunk (see Dylan and The O.C.’s Ryan), but he isn’t just that.