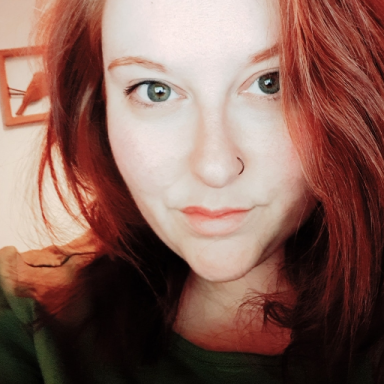 A Writer’s Diary Entries From Mid-April, 1987

I can’t selfishly allow myself to get too close to her again. Why should I hurt her by being a sometime boyfriend? I’m gay, and that’s not going to change, and even if I’m not seeing any guys, I can never give Ronna the whole commitment she needs. We can always be friends as long as we both realize that’s all we can be. It would just be much easier if I didn’t have intense sexual feelings for her.

A Writer’s Diary Entries From Mid-March, 1987

Josh got the word on his third AIDS test: “negative, negative, negative.” They now believe the first test was a clerical error. The doctors have told him there’s only an “infinitesimal chance” that these two negative tests are wrong, so now Josh feels he’s in the clear. As you’d expect, though, he now has tremendous sensitivity toward people with AIDS. And he plans to tell everyone not to take the antibody test.

A Writer’s Diary Entries From Mid-February, 1987

Josh has a case of FRAIDS. For the past six months, he’s had a purplish thing on his chest, and all of a sudden he thinks it may be Kaposi’s sarcoma. Because of all the recent publicity, Josh started thinking about all the women he’s slept with, wondering who was most likely to give him AIDS.

Josh now realizes that Chloe was deceiving him for six months and he feels both sorrow and rage. For example, he and Chloe had a running joke that she was having an affair with The Refrigerator, the Chicago Bears football player: “How could she have joked about being with The Refrigerator the night before when she really was with this other guy?”

When I saw the self-addressed stamped envelope from the Florida Review, I could tell by the thinness of its contents that they’d accepted my story. The editor said it will appear in their summer issue and they’ll pay me $90. After six months and a dozen rejections, this story finally got accepted.

I’m feeling more and more that he’s falling in love with me. I hope I’m wrong, but there are vibrations. He’s never called me so often before. Unfortunately, I can’t reciprocate if he does love me. I’ve never found myself in this position before, and I hope I can handle it okay. Probably he’s stable enough and cool enough not to let it get out of hand.

Every feature appeared identical to my own, down to the blackhead on my chin that sprouted earlier that morning.