10 Of The Greatest Voices On ‘American Idol’

In Praise of ‘Grey’s Anatomy’ Portrayal Of Plus-Sized Women 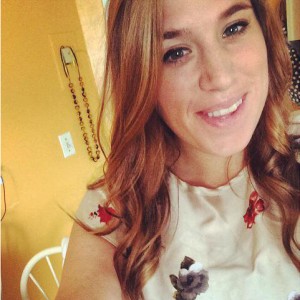 Why do I look forward to Monday nights with such fervor?

10 Of The Greatest Voices On ‘American Idol’

(This is in no particular order!)

If Peter Ends Up Being The Next Bachelor And I’m Not Cast On His Season, I Will Die

I’ve got a fever. And the only prescription is more Peter.

Nick Viall, I Know You’re Probably Engaged Or Whatever, But Let’s Give This Thing Between Us A Shot

CHAMPAGNE: You wake up with fully done make-up when The Bachelor “surprises” everyone in the early morning.

14 Reasons Friends Who Watch ‘The Bachelorette’ Together Stay Together

You’re able to disagree, especially when it comes to whether or not she’ll pick Jordan for hometowns even though he has no relationship with his professional football player brother.

You go through the same experience every Monday: your brain is like ‘What was that thing I was looking forward to tonight?’ And then you remember that that thing is watching The Bachelor, and you experience a bunch of excitement followed by a flood of shame over the fact that this is the person you have become.

If I ever (even jokingly) aspire to marry my baby off to a software salesman from Indiana end my life pls. This is very creepy!!!!

How do you know if you’re dating someone who can handle a sordid rendezvous? Someone worthy of being your partner in crime? In conjunction with the premier of ABC’s WICKED CITY, a crime drama featuring a notorious couple that wreaked havoc on Los Angeles’ gritty Sunset Strip in the 1980s, we’ve listed 15 telltale signs that your significant other is co-conspirator material.

While West Hollywood’s Roxy Theater was one of the places to be if you were into the L.A. music scene in the 1980s, it was also the place to be if you wanted to party and partying in the 80s meant two things, drugs and debauchery.

In conjunction with the premier of ABC’s WICKED CITY, Thought Catalog present seven events that defined the Roxy as a venue for firsts in popular music and as a partying Mecca.