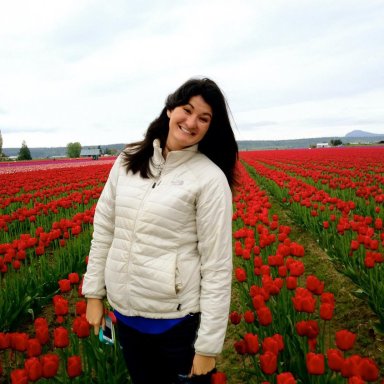 By Sydney Yee Updated September 21, 2018
If you played volleyball you lived by a specific volleyball code. Actually, playing the game was only a small portion of the memories you have. You remember the uniforms, the tournaments, the friends, the reffing, and the food. Need a reminder? Keep reading:

Any girl who knows anything about volleyball will quickly learn the ins and outs of spandex. She knows that thongs are an absolute necessity to avoid the awkward panty lines. She also knows that buying spandex made out of the wrong material or the wrong color will lead to that undesirable butt sweat showing, A.K.A. “swamp butt.” If we haven’t made that mistake ourselves we have certainly seen it happen to other girls. Then of course there is the fact that you have to pull your spandex down between every play or for some during each play to avoid your ass just being out… EVERYWHERE. Despite the potential problems and discomfort spandex bring, the true volleyball girl develops a love for these tight little shorts. The shorts then tend to become a staple item in your everyday wardrobe. Oh is my dress too short? Let me throw on some spandex under this sucker. Problem solved.

At some point you have had the dilemma concerning what socks to wear. To others it may seem like a trivial decision but you know it is a make or break moment because you were determined to look as intimidating as possible walking into the gym. Maybe it was just you deciding what socks to wear to camp or tryouts. Maybe it was your team trying to reach a consensus on what type of socks to make part of your uniform. To pick the crew socks or the knee socks?  On top of that brain busting decision you have to pick a color too! Black socks or white socks? Then there is always that person who wants some kind of pattern or crazy color. Then the problem becomes how best to let that person know that if you aren’t on a 12’s team you probably should stay away from socks with polka dots and/or stripes.

Yes, there is such thing as a volleyball shoe. Non-volleyball players are always shocked by that fact and who could blame them because they are so hard to find. God forbid that your club team didn’t provide you with shoes because then you had to drag yourself to every different sporting good store with the hopes of finding a pair. If they did have volleyball shoes they only carried one or two styles. With a heavy heart you turn to the Internet. You end up having to live life on the edge and order shoes online and hope to god they fit. After finally getting a pair of shoes it was imperative that they did not touch flooring that was not within a gym. Therefore, it was necessary to bring sandals, slides, or even bunny slippers to stick your feet in before, after, and in between games. And you thought Cinderella had problems…

Too bulky. Too small. Too big. Not enough padding. These are the problems we face. Then you begin to question what purpose said kneepads served as you inspected the court burn you had all over you knees. If there was such thing as a knee model you could rule that out as a future career because you knew those court burns were going to leave scars. This led to further questioning why you were not wearing full body padding when you began to inspect the bruises and court burns on the rest of your body. We can all recall the familiar squeak of skin sliding across the shiny wood floors. All of that seems trivial compared to the smell of unwashed kneepads. You think your shoes smell? HA! Don’t even get me started on those kneepads. Ladies, wash em’. The world will thank you.

Am I the only one who struggles with this? How did some girls manage to jump, sweat, and dive all over the ground without getting one hair out of place? Yes, we have all done the classic braid or made makeshift headbands out of pre-wrap but somehow I always managed to look like a homeless medusa. Kudos to those of you who had actual command over your hair.

There was a cheer for everything. EVERYTHING. In the early years we had individual cheers for aces, for kills, for blocks, sideouts, pre-game cheers, post-game cheers, and the list goes on. Hell, we even cheered for water! Then somewhere along the way we reduced our cheers to yelling, clapping, and butt slapping. You know what I’m talking about… I am sure about two-dozen cheers just came flooding back from the dark catacombs of your mind at the mere mention of volleyball.

An all day activity. This consisted of playing actual volleyball but that was only one part of your day. There was also reffing.  Recall the panic of not getting your desired reffing job. Line judges were always a popular choice along with flipping the scoreboard. Then there were the ugly stepchildren of reffing , the scorekeeper and the down ref. Bless the heart of that one girl on every team who either enjoyed down reffing or was freakin’ Mother Theresa and bit the bullet for the rest of us. Regardless of your job there was a high probability that you would be yelled at during the game. Call a ball out when it may have touched the line? Prepared to be harassed by “expressive” parents and bulldog players. You don’t flip the scoreboard within ½ a second of the play ending prepare to hear the same “expressive” parents yelling “SCOREEEEEEEEEE” until you flip that number. Another major part of tournaments that every volleyball girl remembers is the food. I am pretty sure you spent more time eating than actually playing. Forget eating because you were actually hungry. You were eating because every parent brought coolers full of delicious snacks and goodies. If your mouth wasn’t full between games you were doing something wrong.

I am sure we could all go on for days about the memories we have from playing volleyball. If you’re anything like me just reminiscing about the sport makes me long to hear the sound of whistles blowing, balls bouncing, and the call “mine” and “I got it” echoing throughout the gym.

Sydney Yee. University of Washington (Seattle) student majoring in Socio-Cultural Anthropology and Sociology with a ...

30 Random, Weird Questions To Get To Know Someone Better