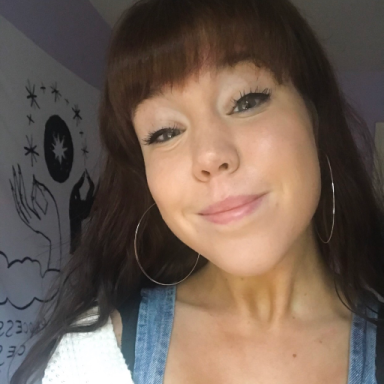 1. a string of words — from a poem? a book? a song? a stranger? — that seem to hold you together for the next hour or so. sometimes the string is all you need, strung through the heart, to stitch up a piece of it.

2. those months of light, of a never ending stream of places to go and people to love, holding hands and arms around shoulders, where everything flowed and the pain didn’t spread, was never malicious. there was a bed to sleep in and a home that was yours and there was so much sunlight, every day ended in a sunburn. you would poke at your red face in delight before dashing off somewhere else, breathless. this is the only proof you have lately that it can and will happen again.

3. now and then, i break out dancing in my kitchen in the reckless way i used to only do if i shut all the blinds.

4. you’ll pop up in my messages now and then, as if nothing happened. we talk as if there isn’t miles between us. literally. metaphorically. we talk to disguise the fact that our lives have taken new, terrifying, heart-opening turns. we talk to bridge the gap of the unfamiliar. it works until i dream about you and realize this is the kind of hope that gives hope a bad name.

5. there are a few mornings where you wake up with only a 25 pound weight on your chest instead of the usual 100. days when your sleep schedule goes to plan and you spend as much time moving as possible because you’ll die like a shark if you stop moving. but moving feels effortless. when you can’t imagine an alternative, that moving may not always feel effortless. when the air feels kind. when you don’t think about the heavy parts as much. when you can sit with the heavy parts.

6. now and then, i’ll get a message from someone else in the midst of it. i’m never happy to hear that someone else is struggling, but there’s a sort of solidarity there that i cling to until i’m white knuckled because i have to. the alternative is too scary.

7. a moment, a pure, arresting moment — a sunset in the car with a friend, a cat on your lap, a hug from a stranger, flowers in a vase, a flickering of a dim light inside your throat where it’s been dark for so long. just long enough to remember what it feels like. just long enough to let it in.

Has probably written about you