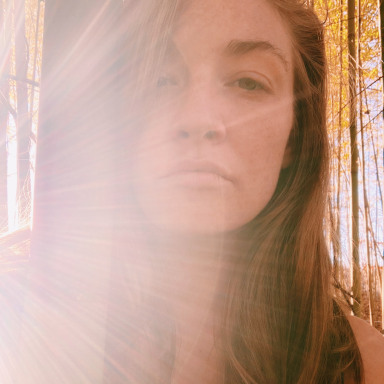 When I was growing up, we had a boat named Cloudless. A 36 foot sailboat that we kept in the tiny town of Whortonsville. The marina where she lived was at the end of a straight flat road that was the extent of the town. The dock and boat slips backed into Broad Creek, an inlet off the Neuse River on the coast of North Carolina.

I hadn’t been back here since my dad died. He was the one with the true love for sailing, the feel of the wind and salt spray and sun.

As a family, we took long sailing trips at least once or twice a year, more often when my brother and I were younger. I remember loading and unloading the boat with those thick plastic wheelbarrows they kept at the marina. Trip after trip down the long wooden dock, carrying coolers of ice and crates of food from the car, waterproofed bags of clothes and games to keep our little minds occupied during the long days at sea.

I remember when Noah fell into the water in the space between the dock and the boat. The image of a sopping stuffed brown bear bobbing in the waves below me is forever branded to my memory. He looked so small. Thank god he was wearing his tiny red lifejacket. Thank god for long poles with hooks on the end.

Our adventures took us all over the inner and outer banks to all manner of lighthouses. Okracoke, Hatteras, Bald Head, Cape Lookout—I remember Lookout the best. We’d sail eight hours straight before anchoring out in the bay. Equipped with sunscreen and extra clothes, shovels and snacks in bags, the dingy was loaded and we made for shore. The sun shone on our backs as we jumped over the hot rubber sides into the salty surf, careful not to scrape bare legs on the ropes. Our little bodies ran down the beach searching for seashells, making little feet in the sand.

The neighboring barrier island of Shackleford Banks is home to a herd of wild horses. They weren’t too skittish, and I got pretty close a few times, ignoring the earnest cautionings from my mother, ignoring the protests of my blistering feet and stinging ankles as I clambered through the deep hot sand dunes and sharp grass to the nearest horse.

They taught me a lot, those horses and these trips, though I didn’t know it at the time. I learned the importance of family, of having your own herd to rely on and to protect you when strange two-legged creatures creep up from behind in the long grass. I learned the importance of listening to the inner echo of excitement and bliss over any exterior voice. I learned the gravity of play and relaxation, without which it is quite easy to go insane. Full days could be spent up on deck with a towel, good book, and a pillow, staring out over the bow as we coasted through the waters to wherever we were headed next. When we stopped, bathing suits and life jackets were donned, the ladder lowered and my horizon tumbled into the blue sky before the shock of cold water hit and the waves absorbed me into their pulse.

A Jolly Roger could often be spotted flying from our mast. Sailing in the very waters he once ruled, the notorious Blackbeard was the topic of apt conversation aboard Cloudless. We read pirate books and legends, wore bandanas daily and idolized their nomadic lifestyle full of adventure.

Blackbeard’s ship, Queen Anne’s Revenge, ran aground and sank in 1718, just offshore of the town of Beaufort. We often stopped in Beaufort on our way back from Cape Lookout for showers at the public bathhouse and dinners at The Dockhouse. You could watch the sun set behind Shackleford Banks from the boardwalk on the waterfront, the boats tucked neatly into their slips at the dock. Most summer nights the bars had live music. We sat, full, sun-stained and happy, in the white plastic chairs outside on the deck listening to the sounds of the guitar and the voices. The disappearing orange light shone through the masts and lines, silhouetting the marina, boats black in shadow. Walking steadily back to where we left the dinghy after a day well spent, we motored out to Cloudless where she sat anchored in Taylor Creek, fell into our bunks and let the waves rock us into a dreamy sleep of skippers and scallywags and white sandy shores.

On our shorter, weekend trips we came down to check on the boat and didn’t sail too far out. At night, we stayed tied at the dock, often driving the quarter of an hour stint to the nearby town of Oriental. M & M’s was our go-to dinner restaurant. Even though the town boasts quite a few others, this was our stop of choice. One long bar stretched itself in a great L shape, wrapping around to the right by the bathrooms. We ate in the dining rooms, usually seafood, with some array of southern sides: slaw, potatoes, hushpuppies, corn, baked beans and collard greens.

I remember walking sleepily with full bellies through the center of town, past the convenience store on the corner, by The Bean, a coffee shop where we sometimes got ice cream, on to the water. We’d stand across the street looking out over the harbor and try to make out the names and places painted onto each stern in the dark. Many were from Oriental, some had made their way down from New England and Canada, others hailed from farther south, Charleston, Georgia and the Caribbean. They bobbed in the black water like carefully constructed license plates made to withstand the temper of the sea.

When we tired of looking at boats, we’d walk the remaining fifty meters to the bar at the back of The Inn. There was a game consisting of a single metal hoop tied to a string attached to a tree branch. You had to catch the hoop on a metal hook that was drilled into the trunk of the tree. My dad would order a beer and chat with the locals and sailors passing through while my brother and I took turns strategically swinging the hoop with questionable aim until it was time to leave. After a while, we were in the car again, headed back to Point Marina where Cloudless was waiting.

In January this year, I decided to pay the area a long overdue visit. It seemed that every time I came home over the past few years, something was calling me to return; the idea continued to surface. Finally, I listened. I packed up the car, booked an Airbnb, and headed for Beaufort. It was nearly 10 years since I had been there last. The first night I walked around what seemed like a complete ghost town. I ordered a plate of BBQ and slaw from the upstairs bar at The Dockhouse and a gentleman with a lame dog paid for my meal without telling me. The following day I took a ferry across Neuse River to our old marina in Whortonsville. It was the same. The same long flat paved road, with the paint faded in the middle, the same sun-scorched asphalt cracking into the grass. The road did seem a bit shorter this time. My kid self probably agonized over this last stretch of our 4-hour journey, impatient to jump out and sprint to the tiny general store next to the marina for a watermelon whistle pop. I parked and walked down the dock, talking to my dad and to Cloudless. Even though neither were there, it felt like they were. I sat with the wind and watched the sun set behind the trees on the other side of the water before making my way to Oriental.

I drove for a while through the town’s windy neighborhoods. I saw the playground that I remember mostly from pictures and the boatyard with all the boats propped up out of the water getting painted and patched. M & M’s was busy when I arrived at half past five. I got all the typical stares and curious glances saved just for out-of-towners. The restaurant was as I remembered it, but the food was better. Maybe taste memory fades with time. As I was about to pay the bill, the waitress swooped in and said there’d been a mistake, that it had already been paid. She wouldn’t tell me who by, but I’m sure it was the table of older men sitting across from me who had just left. I gathered my things and walked outside, pondering the absurdity of this happening to me twice in two days, and at our two most often frequented restaurants nonetheless. It was like a sly sign that I was in the right place, that I was following the trail I was supposed to. I decided I would pay it forward and do the same for someone else soon. I walked back through town to the marina and stood listening to the dull clunk clunk of the waves clapping the sides of the boats.

Nothing monumental had happened, no shooting stars or smoke signals or obvious signs of any kind had descended. But by this point, I understood the message. I had come back because something told me to. And the lesson is that I listened. I heeded the pull and it showed me its wonders. I needed to feel what those places had to offer as an adult, as an observer of the times long gone. I needed to see in person the spots where so many memories were made with people who no longer exist, those I can’t reach out and touch. And those I can touch are different too; they are no longer what I remember. But the land holds onto those people, onto those moments, like a badly buried time capsule sticking out of the dirt.

What happened 20 years ago here might as well have happened yesterday or tomorrow. The ideas and emotions, the beautiful views and spectacular coral sunsets, the bonds forged, lessons learned, they all brought me back to that time. They brought me back so I could I feel this feeling right now, standing looking out into the dark, leaning into the railing and the wind, a feeling of deep understanding of a knowledge that goes beyond time and space and wraps the whole thing up in a spiral of brilliant memory.

Call Me By Your Name is my favorite movie.

It Always Leads To You

When You Stop Trying To Get Something, You Become Open To Having It