As millennials flock to San Francisco for the tech boom, many are in for a culture shock – because some things just don’t exist anywhere else. If the items on this list are familiar to you, there’s no question you live in San Francisco.

1. The words “hooping,” “spinning,” “fanning,” “bouldering,” and “top-roping” sound like recreational activities rather than meaningless gibberish to you.

Bonus points if you’ve joined the hoopers in Dolores Park.

Add another point if you’ve been faced with the decision between top-roping at Mission Cliffs and bouldering at Dogpatch.

2. Your apartment search took at least a month of non-stop visits to open-houses, and it was the most emotionally draining month of your life.

And you still ended up spending $2,000/month on a crowded room by the beach an hour-long bus ride from your office.

3. You’re careful not to step on human poop on your way to work.

And you’ve learned how to detect the difference between human poop and dog poop.

4. You’ve pet a dog belonging to a homeless person who has set up camp on your street.

And you often find yourself apologizing for stepping through their home to get to the grocery store. 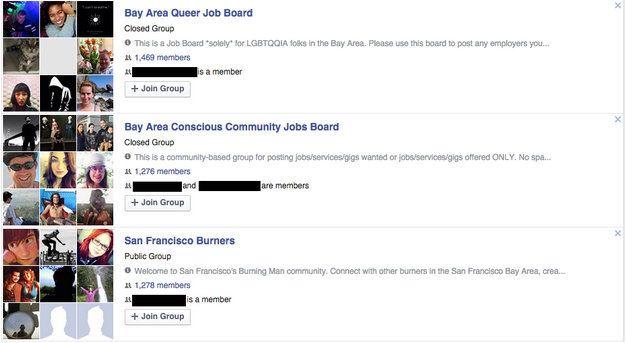 6. You’ve come to understand that a Burner is not just someone who attends Burning Man but an entire breed of person.

And you try to avoid conversations with friends who have all been to Burning Man because you know they will only discuss Burning Man.

7. You’ve seen a guy walking around with nothing but a glittery sock on his penis.

Bonus points if he’s held up your train.

8. You wouldn’t be caught dead in a cab.

The only car service decision you’re ever faced with is among Uber, Lyft, and Sidecar.

9. You feel peer pressure to have a startup idea.

In fact, you’ve made up a startup so you can go to parties and not feel left out when everyone and their mother is talking about their startups.

10. You notice at least one man-bun, one beard, and one T-shirt with a tech company’s logo per block.

And you know what obscure startup the squiggly pattern on that dude’s shirt represents.

11. If you eavesdrop in a bar for five minutes, you’re bound to overhear “big data,” “real time,” and/or “internet of things.”

You also may or may not hear “automation,” “scalable,” and “actionable insights.”

Yup, this is a thing.

This Is How You Travel On A Budget (But Still Have A Great Time!)

The Best Meal I’ve Ever Eaten

15 Things You Should Know Before Moving To San Francisco