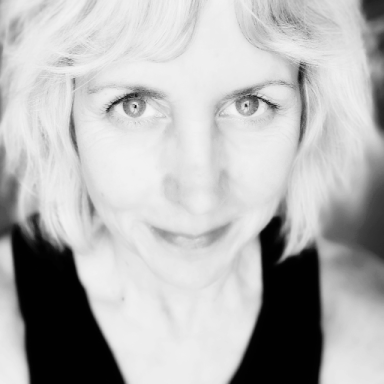 Look, I get it. I’ve been there. I spent 16 years with a man who, while I was in the marriage, I would never have labeled an abuser. In fact, I went the other way entirely. I blamed everything on myself. I was the crazy one. I was the emotional one. I was the troublemaker and the agitator and the meddler and the hellion who just couldn’t leave well enough alone.

I not only defended his bad behavior, I never told anyone about it — at least, not the worst part. In public, I was his biggest fan. Even during the last few years, when I stood off to the side with dark circles under my eyes and a fake smile in an attempt to keep up the charade that everything was fine, I still professed that my guy was a good guy. When I uncovered the double life he was leading, I ventured out of my silence and sought the help of my closest friends. But they agreed with me: He wouldn’t really do that, would he? He was a good guy deep down, right? And he loved me, didn’t he?

I ignored the patterns of the past. My overwhelming love for him and the life we had built together refused to allow for perspective or logic. Even though it was laid out for all to see, I still told myself the same fairy tale every night before going to sleep: He loved me. He was a good man. We were a family. I was lucky to have him.

And yet, why did it hurt so much to love him? Why did I feel sick all the time? Why was I losing weight, having panic attacks, not getting any sleep? Why couldn’t I recognize the woman in the mirror anymore? And who was this guy I was married to, anyway? Because it sure as hell wasn’t the same man who had swept me off my feet all those years before.

This is why emotional abuse is so difficult to detect and to understand. Even victims of the worst kind of abuse (that would be coercive control at the hands of a narcissist, as in my case) are oftentimes unaware they’re victims.

Got a black eye? Some bruises? Maybe even a police report? Then it’s easier for everyone, victim included, to understand we got some abuse going on here. But without any physical wounds to show for one’s pain, it’s that much harder to pin the label “abuse victim” on oneself, especially when a victim has already been conditioned to think that they are the actual problem.

But here’s what I’ve learned about being a victim of abuse: Figuring it out is actually a lot easier than we’re making it out to be. Or at least it can be if we’re willing to get honest with ourselves and cut out the excuses that we’ve been making for the one who is hurting us.

Here is a list of questions that will help you figure out if you are, in fact, a victim of abuse (feel free to switch pronouns if necessary, since narcissists aren’t limited to men):

1. Does he lie to you? Cheat on you? And without any change in behavior?

2. Does he demand you to be something that you’re not?

3. Are you afraid to talk to him about certain things because of how he will react?

4. Does he bully you? Harass you? Stalk you?

5. Is he controlling about any aspects of your life (money, job, friends, family, etc.)?

6. Does he set you up, stab you in the back, lie about you to friends and family?

7. Are you expected to remain small while he takes up all the air in the room?

8. Is he threatened by your ability to change, adapt, or rise above?

9. Does he put you down, insult you, or call you names?

11. Does he gaslight you (altering reality to make you feel like the crazy one)?

12. Is he kind and respectful at all times?

13. When he makes mistakes that hurt you, does he accept responsibility and correct his behavior?

14. Do you know without a doubt that he loves you?

If I would have been honest with myself when I was soul-deep in my marriage, I would have realized very quickly the abusive relationship I was in. The problem is that after so much time of being gaslighted, manipulated, lied to, and harassed, any victim is far too emotionally depleted and weakened to then see things for how they really are.

Part of this, I believe, is that we are so in love, so invested with the one who is hurting us that we go on autopilot to try and protect them and make excuses for them, even if that comes at the expense of our own well-being. In addition, considering that narcissists typically choose empathic and sensitive souls to prey on, and those souls are generally trusting in the essential goodness of all people, any such relationship becomes a deadly cocktail that an abuser mixes and a victim unwittingly drinks.

If you’re reading this piece because you want to know if you are a victim of abuse, then you’re way ahead of the game and will save yourself the heartache that I endured for far too long because I simply could not face the reality of my marriage until I had left it behind, which meant that I spent far too many years in pain that could have been avoided had I known then what I know now (I’ve forgiven myself for what I used to beat myself up for, which is why I spend my time now paying it forward and hoping that I can save even one other woman from having to experience what I did).

Bottom line: At this point, after answering the questions above, you now have your answer. If you stop all the other voices in your head that aren’t yours to begin with (the ones that make excuses for someone else, the ones that tell you you’re not worthy of anything better) and just listen to your voice of truth, you’ll know deep within whether or not you are a victim of abuse, and then if you listen more closely, you’ll also know what you need to do about it.

Because life is too damn short to spend with someone whom you’re giving everything to and who gives you breadcrumbs in return and makes you pay with your heart and soul for even that.

Deep down, you know. We all know if we listen closely enough. If we’re willing to listen. And we also know that we deserve so much more.

So now the question is: Why wait a moment longer to do something about it?

Because a better life is patiently waiting for you to come and be a part of it.