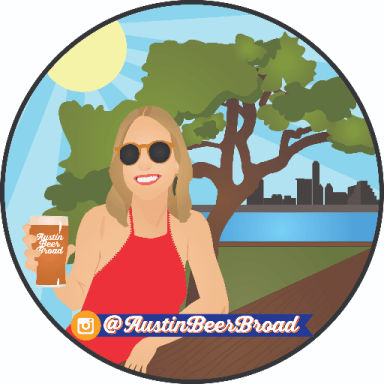 Everyone wants to be the cool chick. She’s the girl with mad confidence, who knows her self-worth and isn’t preoccupied with the latest gossip or drama. She’s effortlessly cool: she knows who she is, and she’s okay with it. She does her own thing, beats to her own drum, and makes you want to do the same. She’s the girl who’s just as comfortable at a brewery as she is at your mom’s house; she can hang with your buds or be your +1 at a wedding. She’s adaptable, flexible, and self-assured; she likes your attention but doesn’t need it. I’m sure you’ve met a girl like this before and thought to yourself, how does she do it?

Rule One: Needy is greedy

If you find yourself constantly asking questions like, Why didn’t you text me this morning?, Are you mad at me?, Do you still want to be with me?, or What’s going on with us? STOP!!!!! You are sabotaging your relationship single-handedly with your neediness! Needing constant reassurance makes you look desperate, but more importantly, it reveals a lack of self-confidence. You’re basically saying I need your validation to be okay. Let me tell you this: you don’t need anyone. If you find yourself falling into this trap, repeat to yourself: I am enough. Because you are.

Yeah, yeah…I know what you’re thinking, she’s asking me to be something I’m not. Wrong. It’s not about pretending to be someone else. It’s about training your mind and your emotions; it’s about self-control, checking your impulses, and building self-confidence. The cooler you tell yourself you are—and pretend to be—the cooler you will become. The foundation of being a cool chick rests upon the ability to separate reality from your perception, as these are two very different things. Your emotions are primal and cause you to act on impulse, skewing your perception. Reality is objective. Period. It is what’s really going on vs. what you think is going on.

Rule 3: Not everything is about you

The truth hurts and this one is a doozy: You are not that important. Got it? The world doesn’t revolve around you, and it never will. Hard to grasp, I know. You can’t expect other people to live their life based upon what may or may not be going on in your head. Guys can’t read minds, neither can women. But the moment you act out because of what you feel he or she should have done; what you wanted them to say; when you wanted them to text; the fact that they didn’t text—you diminish your self-worth. You’re basically saying, I’m not important if I don’t have your constant attention. Now, it’s okay to have these thoughts; we all do from time to time. The important thing is to stop acting on impulse. If you find yourself losing control—stop. Then ask yourself: After I send this text or make this snarky comment, will things between me and this person be better or will they be worse? You have your answer.

No, seriously, drink beer. Why? Because it’s delicious, that’s why.

Rule 5: Being a cool chick doesn’t mean being a doormat

This is a very important rule. While being a cool chick is certainly about relaxing, letting things go, and picking your battles, it does not mean ignoring issues that are actually important to you. Being a cool chick is knowing the distinction between real and made-up issues. For example, let’s just say that the guy you’ve been seeing for a while doesn’t commemorate your birthday with a gift or a night out. He does nothing, nada, zilch. Birthdays are important to you, aren’t they? This would be a time when it’s okay to sit down and express your feelings, letting them know you felt hurt by their lack of recognition for something very important to you.

Now, a made-up issue could be anything from getting upset that they didn’t text you right on schedule or picking a fight because they wanted a night to hang with their buds. There is no realistic reason in either scenario to get upset: they did absolutely nothing to you—they are simply human.

Rule 6: When it stops being fun, it’s done

Repeat this to yourself over and over and over again. You should know this rule like the layout of your phone. Why do you enter into a relationship in the first place? Because you enjoy being around someone, you like them, you want to have fun with them. Sure, there are times when an issue will arise and someone will get upset, but that should be the exception not the rule. If you find yourself fighting constantly, either you’re in the wrong relationship or one of you is inherently not being cool. I repeat this again: When it stops being fun, it’s done.

Well, there you have it, the six rules of being a cool chick. I release you now and hope you take these rules with you, as they have served me well and I am confident they will do the same for you. Now go drink a beer, you cool chick you!