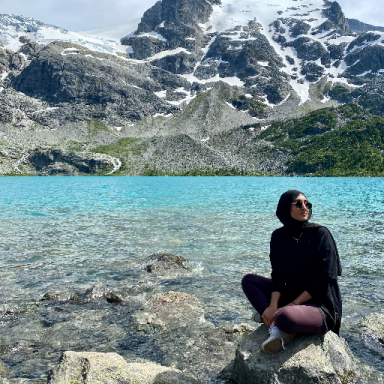 March 30 came and passed like any ordinary day. I turned 23 years old. My goodness, 23. I thought I would spend it with friends, having brunch at a cute café in the old-timey neighborhood of Gastown in Vancouver, walking its mystical, cobblestone streets, perusing intimate, vintage-looking stores. I would feel more grown up than I had the day before—more accomplished, somehow. But that was not nearly the case. Instead, my 23rd birthday passed like any other day of the week, starting with me sleeping in, going for a run, having a coffee, and then working from home. There wasn’t even a birthday cake. I guess I could have made one, but I didn’t.

I was never one to celebrate birthdays. Like Joey from Friends, I am not the biggest fan of my own birthday. For reasons I cannot fathom, I have placed a tremendous amount of pressure on this one singular, arbitrary day. I have separated it from the rest of the 364 days of the year, and when it comes along, I find myself going through a mental checklist of all the things I have yet to accomplish, agonizing over passing time, painfully obsessing over how far I have fallen behind. Of course, the very small, rational part of me knows this is not the case.

In fact, a dream of mine came true recently just in time for my birthday. Something I had been dreaming about since I was maybe five years old became a reality, something that had felt so far away for so long—not necessarily unattainable, but far enough into the distance that it appeared like a miniscule speck of dust in a vast, vast horizon. And although it was the world, it felt like nothing, and I could not shake the feeling that I was lagging behind.

Twenty-three. Life has been passing by fairly quickly. It seems like it was only yesterday I was dazedly walking through the gloriously romantic and magical city of London, utterly enraptured, capturing every busker and artist on Oxford Street. But that was a year ago. It appears as though I merely blink and years have rushed by. Recently, I have been having brief flashbacks of moments passed, snapshots and still moments from life like a series of photographs—regrets, mistakes, and successes appearing before me like a photo reel. I traveled. I graduated. I started taking writing more seriously. I lost my grandma. I got published. I was anxious a lot. I grew. I healed. I bent, on the verge of being broken. I laughed and cried and had innumerable lost-in-translation moments. Dreams came true.

Twenty-three and I am just now grasping onto the real world. Actually, that is a bit of a lie. Not fully grasping, but hanging onto the margins a little bit, peering into an unknown that is decorated with some familiarity. What extraordinary thing will this year bring? Will I take risks? Pursue a grander maybe, perhaps? Will I exit my circle of comfort to see where the wilder things grow? Will I push past my mediocre to seek extraordinary? Will I turn my traumas into elegant metaphors and breathe the words into infinite space? I guess I don’t know yet, but here’s to 23 and hoping.

in the midst of things;