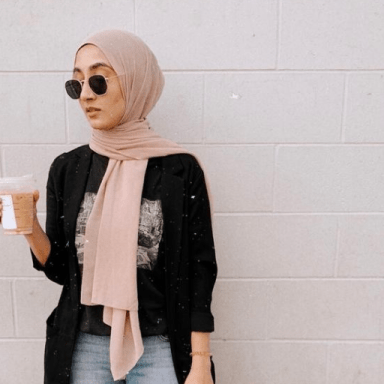 I don’t get attached to places; I get attached to people. Maybe this is why I don’t feel a strong sense of belonging to this city where I was born and raised. Sure, there are people here—my family, my best friend of seventeen years whom I cannot live without, all of the memories that swarm within each— but the amalgam of a plethora of incidents has rendered this place somewhat unhomely. Slowly, and all at once, I have allowed an ocean of things synonymous with unbelonging, insecurity, and anxiety to fill the space between me and this city and there seems to be no erasure. (Te-Nahisi Coates explains this feeling of uprootedness beautifully and lyrically in his stunningly vulnerable novel, “Between the World and Me.”) Twenty – two years should be enough time for an arbitrary location to morph into a home; twenty-two years should be enough time to feel like you belong and that this place is yours. But twenty-two years have not been enough for me, and I am resigned to think that maybe no amount of years will be enough. I cannot, after all, force a home to happen.

Through years of reading, (un)learning, and wondering about diasporas, movements, (un)belonging, “home,” transience, and other synonymous things, I have come to the realization that I am unable to associate “home” with a geographical space. In fact, my definition of “home” has been blurred, lost even. Instead, “home” floats between the longing for an unnamed place and a stubborn determination to make this place a “home.” This is not to say that I have never felt “at home” here. I have. Not always though. Other days I am a foreigner here and everything outside my window begins to look strange and dissonant. It’s a bit of a paradox isn’t it? How can the land one is born and raised in be so unhomely? I have also felt “home” in other spaces, other cities and countries. Not because of the place itself but more so because of the people that inhabit it. “Home” has never been geographical for me. It is everywhere and nowhere.

Sometimes it all seems selfish—this feeling that I carry in me that I do not belong; this feeling of transience. There are masses of people— diasporas— that are forcibly moved and uprooted from a land they were connected to, a land that was “home,” only to go and create a new sense of “home” somewhere else—somewhere they may not speak the language, understand the customs, feel comfortable with the traditions and lifestyle. I understand I am, in some ways, privileged. However, no matter how hard I try I can’t shake off the gnawing sensation that I am in a place of stasis—that I am uncomfortably rooted within a confined existence where I am unable to heal. Sometimes I am simply existing —mechanically moving through a designated routine that I have carefully curated to best fit what I think is right for me. And during small breaks within this routine, I am struck with an intense longing to leave this place—a longing for change and difference. I guess that is where my anxieties begin. This question that often reverberates and echoes in my mind: Is this forever? Healing requires some sort of movement away. So I guess I need to go.

The brackets in the title symbolize my hesitance at describing myself in this way. The brackets are safety. I do not have a strong reason to not belong. I have mentioned that. But I am also helpless to the feelings that arise sometimes. They are always there, in brackets, semi-important; sometimes I pay attention to them, otherwise I gloss over them as an attempt to get to the more important stuff. Remove the brackets and they are suddenly more alive, more important. They spring forth, mandating to be read. They are no longer a mixture of confusion and hesitance but instead, a red siren, blaring and calling attention to whosoever glances on the page.

I have always been fascinated by stories on diasporas. I have long been captivated by this notion of simultaneously belonging and not belonging that authors like James Baldwin and Ta-Nehisi Coates write extensively on. It is difficult for me to write about my own sense of unbelonging but being able to read someone else’s real experiences and relating to it bring a feeling like no other. It is that connection, that knowingness that you are not quite as alone as you think you are—that there are thousands and thousands of people across the planet who have felt this tug-of-war feeling of a liminal existence just like I have that instills some sort of lonely warmth within me.

There’s a quote from a book that I often find solace in: home isn’t where one is born; it’s where all attempts to escape cease. So, I’ll tell myself, this place may not be my home, but I will find it. Of that I’m sure.

in the midst of things;