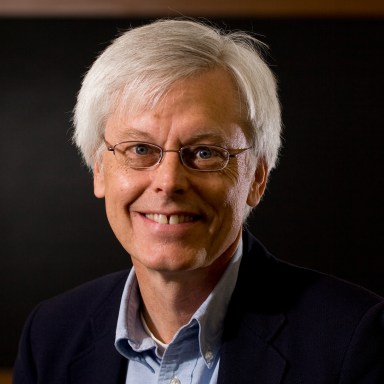 One of the most magical experiences of my youth unfolded like this: Someone invited a group of us into a high-ceilinged apartment with beautiful wood floors and almost no furniture. I was an Urbana High School senior with a permissive weekend curfew, and I had wandered onto the University of Illinois campus, where I managed to find alcohol and weed. The year was 1967.

I have no recollection of the people I was with or how we met, but I remember that as we entered the room no one bothered to turn on the lights. The most prominent features of the space were a wooden folding ladder standing in the middle of the room and the tall uncurtained windows through which a yellow streetlight provided dim illumination. Someone put on the Doors’ Strange Days, which had just been released, and turned the volume way up. Without speaking we each found a spot on the floor or up against a wall and listened.

This was not an unusual response to new music. Two years later, on the first day they could get their hands on a copy of Abbey Road, two guys from my college dorm went into their room and did not emerge again for 24 hours. Throughout the next week, many of us wordlessly let ourselves into their room, which they kept darkened day and night, and had our first exposure to some of the best music of our lives.

The music of the Doors, and Strange Days, in particular, is meant to be cranked up high and played in the dark. On that night, the frightening poem, “Horse Latitudes,” made us grateful for the bluesy and much more upbeat “Moonlight Drive” that followed it. There were quiet sections that echoed in the dark: Ray Manzarek’s staccato finger-tripping organ combined with John Densmore’s hi-hat cymbal at the beginning of the eleven-minute-long drama, “When the Music’s Over.” At other times, Robby Krieger’s bottleneck slide guitar pealed through the room. And each quiet passage filled us with tension, knowing it would end with Jim Morrison’s bellowing screams.

We were town kids growing up on the edge of the cornfields, thousands of miles away from Venice Beach, San Francisco, and London — places we read about and very much wanted to know. We dreamed of being lifted out of the prairie and delivered into the excitement we knew was happening elsewhere. And for an hour, in that darkened room, with Jim Morrison’s voice running through our heads, we felt like we had done it. We felt all the intoxicating rage and beauty of being young at that moment in time. We felt strange.

Stuart Vyse is a psychological scientist and writer.

There’s Just Something About Hotel Rooms