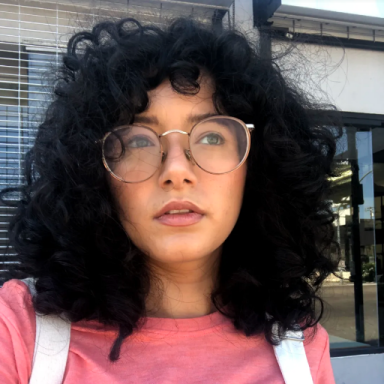 The other day I stumbled on an analysis of survivalist movie scenes by Bear Grylls. In summation, it was a lot of him being very cool and nonchalant about all the insane feats he had accomplished, and I respected it. But as a sheltered, adventurous-but-only-in-measured-amounts young woman who listens to too many true crime podcasts, I did not condone it. It got me thinking about the little ways we survive, even in the most first world sense of the word, and as someone with anxiety, survival is an everyday battle.

Millennials are more likely to seek psychotherapy for their higher (recorded) rates of anxiety and depression as compared to earlier generations, and saddled with historic debt and career pressures in a slowing job market, let’s just say that anxiety is one of many issues we face. The way anxiety works is that it puts your body in fight-or-flight mode over imagined fears, and that constant battle over even the smallest of things, like calling the doctor or opening your mail, makes what would be a relatively basic list of errands a torturous slog on any given day. It makes any day a chore just to exist, with a mental toll comparable to a survival situation. I say comparable because we all know climbing Mount Everest isn’t the same as trying not to cancel plans, but there are days when it feels like just that.

Okay, we’ve established that I have anxiety, as well as many others my age, and that it sucks. But today, when my little brother told me that his worst fear was never getting to eat steak again, I realized that I have no attachments like that. He has developed a routine, as have my parents, that if ruined, would destroy their day. Like if their yogurt is out of stock. Or if their parking spot is taken. As if their sanity and their well-being hinges on those exact events going well. On many occasions, I’ve had entire hard drives wiped by viruses, losing years of writing and photos and music, and really spent no time dwelling on it. Am I just heartless? Or is it that through my years of anxiety at the most menial of times, I’ve learned not to become too surprised when an anxiety finally manifests?

I think humans, especially anxious ones, have a marvelous ability to adapt. They’ve seen the worst to come, and in a weird way, are prepared for it all to fall apart. Even if the journey is a barely-survivable slog, part of it is because they’ve spaced out their stress over the course of it all, rather than being blindsided. Why do millennials spend so much on avo toast and coffee? Maybe they understand the importance of the beauty in a moment of indulgence, even a small one, since houses are out of the question. Why do they love podcasts and curated playlists, but not radio? Maybe it’s a moment of zen in a chaotic world out to get them, providing self-help, knowledge, and a mood they are able to control when everything else, like traffic or job rejections, only resolves with time.

I suppose the beauty in adaptation and being able to do it quickly in a rapidly changing environment is that, to some Darwinian degree, it guarantees success. Of course, that term is relative, but it allows the adapting party to bounce back quickly, ready to thrive once more, even if there’s a little voice telling them, “I’m not sure about this.” Lots of theories present anxiety as a holdover from our nature-dwelling ancestors, who often needed to be on high alert in case of an attack by predators. It’s kept us alive this long, and while the modern world doesn’t require this personal security alarm, it does give us a chance to see the beauty in adversity. That is not, however, a replacement for professional help and medication.

Maybe this doesn’t speak to you. Maybe you feel meek and uncomfortable and don’t know why you’ve read this far. But take it from someone who is always a little uncomfortable: Lean into it and trust yourself to figure it out. Like that one time I tried maneuvering the London tube without asking for help, if you fail, regroup and redirect. If you succeed, it all works out. Either way, it was worth the effort and you’ve learned something new. (I learned that the London tube is an impossible maze.)

I have a theory that our higher levels of stress are at least partially attributed to a higher likelihood of reporting stress in our generation, meaning we talk about it more. So this is me playing my part in the mental health revolution, in the hopes that I make a little ripple and reach someone who needed to hear this today. Talk about your anxieties, your fears, and your survival woes, even to yourself (but ideally with a therapist), and guide yourself through a generational curse with your head held high. You’re not alone, and there’s only good to be had from moving forward.

So go forth and adapt! The world is waiting for something new anyway.

A Story About Surviving A Coma

A Letter To Gen Z, From A Not-So-Cool Millennial

Why We Need To Be Flexible To Survive And Thrive