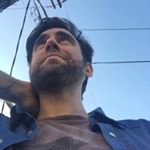 We’ve all seen them. Groups of women huddled together in coffee shops, in bars, on a beach, or in a break room. We’ve seen the way they gesticulate, raise their voices, how detailed and story-like their conversations can become.

Ever wondered what they’re talking about? It could be anything, but if they’re into you, you might just be the topic.

If you’re a dude who’s made an amazing first impression, they might not only be discussing you, but pushing one of their own to meet up with you as soon as possible.

Here’s a few ways to increase your chances of this happening. To stand out from the crowd so a woman will sing your praises and put herself out there for you again.

1. Be honest but mysterious

One of the biggest turn-offs for those in the dating scene is the lack of mystery in the initial stages. The woman who immediately asks for your Instagram handle. The guy who says, “Add me on Facebook!” like he’s giving you a stock tip.

Yes, safety is a concern, but knowing too much too soon can make it difficult to ignite romance. If mystery is vital, then men must balance honesty with the enigmatic until trust is earned.

Be confident, but with humility. Have an edge, but don’t be a douchebag.

Let women see your character right down to the way you stand and breathe. You can say “I enjoyed speaking with you” and mean it, and she’ll know more about you than your LinkedIn profile will ever reveal.

To make an impression, give pieces of yourself without giving all of yourself away. That’s sure to keep her mind racing as she fills her friends in on the details.

2. Be passionate and own it

I once encountered a woman outside of a wine store I worked at in Los Angeles. Within minutes, I was telling her about my love affair with Grenache and how I was on a mission to find the perfect balance of dark fruit and spice during the coming winter months.

It was the type of conversation that turned dorky very quickly, but at the same time I ended up grabbing her phone number and going out with her in the weeks that followed.

How was I able to hold her interest in those first few moments? Do I owe it all to Grenache, the brambly, Casanova grape of the wine world?

Passion isn’t worn out like romance novels and the cover of Cosmo. It’s still the beating heart of men, and the courage to pursue it is what draws women to them.

Find something you’re passionate about and commit to it, even if you might look foolish.

Don’t be afraid to share it. Women are waiting to hear what moves you and be invited into the adventure.

3. Be a listener and communicate

In the realm of attraction and foreplay, few things are as sexy as the “c” word. Why not show a woman you’re serious about listening attentively from the very start?

You only need a few minutes outside a coffee shop to make this happen. Look her in the eye and ask a question she might just enjoy finding the answer to.

Initiate and respond. Respond open-endedly if you want to give her more to think about.

When it’s winding down, lead the conversation to a close so it’s one less thing for her to stress over. Oh, and don’t let your gaze wander to other women while speaking—that’s an asshole move.

Anyone can talk, but very few women will hang on every word. See? I told you communication was sexy. Now get out there and start listening.

4. Pursue her if you desire her

Speaking of words, I used to dislike this one with a purpose. Pursue seemed like it belonged in a field manual somewhere. I felt like using it on a boar hunt in Texas, not the dating scene in L.A.

As fewer men chase, however, pursuing is making a respectable comeback. The reason is simple: it’s what allows men to show women how they feel about them.

If you feel something after that first encounter, reach out and let her know. Don’t waste your time figuring out when to contact her. By that time, the window she offered may already be closed.

Remember, many women dream to feel desired by the men they’re into, not to stand around handing out second chances like Halloween candy.

In a world of flakes and commitment-phobes, be the guy that shows up and creates space for her by setting her apart.

In our fast-paced lives, there are so many variables to an initial meeting that a spark is quite easily snuffed out. There’s energy, sense of humor, and body language that either makes the conversation or leaves it lying in the dust.

Rather than be overwhelmed, take a step back and think about these things the next time you go out to meet women. Use them to make the kind of connection she will think about, obsess over and do something about so that the two of you can get together!

Be the one she can’t stop talking about. You deserve it for meeting her where she is and leading the way for both of you.

Instead of counting sheep, I count grilled cheese sandwiches.