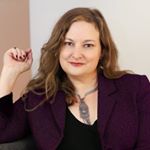 I received an email today from a relationship coach telling me that I (as a woman) should wait to have sex with a man until I’ve “really gotten to know him.”

This is terrible, terrible advice.

I waded through the email looking for her reasons why. She kindly stated it straight out, “The idea that most men will lose interest in you if you have sex with him too soon is a big fat cliché. But it is a cliché that exists for a reason… because it’s true.”

The truth is that ONLY men who are ashamed of sexual appetite will lose interest in you if you have sex with them “too soon.”

Men who are more spiritually evolved around sex will lose interest in you for other reasons that have nothing to do with whether you had sex with them… !

Maybe the sex was uninteresting; maybe your hair smelled wrong to him; maybe he had a wife; maybe he didn’t like what you did with your hands; maybe he doesn’t want to travel all the way across town again. It could be a million and one things, but it was not because you had sex with him.

So, if you want to cultivate a relationship with a man who thinks a woman is not worthy of seeing again because she likes sex then go right ahead and don’t have sex with him “too soon.” Wait until you “get to know him really well.”

But let me tell you, if a guy thinks of me as less valuable because I like to have sex, I know ALL I need to know about him.

Reverend Stephanie Wild is a psychic medium and intuitive counselor.