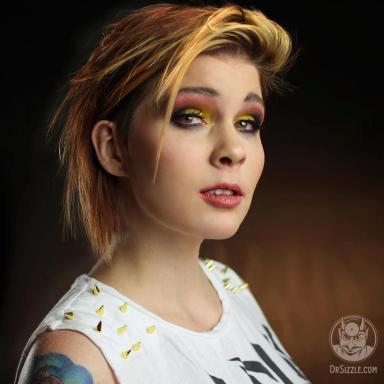 1. You’ll feel like you want him more than anything in the world that night. More than winning the Pulitzer. More than babies. He’ll have this face that just devastates. And it’ll be December and you’ll be lonely, thinking that nothing will ever grow again. You’re wrong.

The city will look like it’s on its last legs and then spring will come like an explosion.

Don’t use him as a scratching post for your own loneliness. He may be gorgeous, but he won’t understand when you say you disagree with Rilke’s whole essay about love meaning to deny the self and to be consumed by flames. He will teach you that men desire the satisfaction of desire; a woman desires the condition of desiring. Let him go and go home to your dog.

2. Fairy tales end after 15 pages — our lives do not. We are multi-volume sets, stories on top of stories on top of stories. Even though that guy left you standing outside the bar in the rain in your best dress or that friend decided you were not worth her time, it goes on. It gets better. There’s always another chapter waiting for you, and then another, and another…

3. You may be waiting on a train that’s late or suffering from money problems and believe that your whole life is going to fall apart. These are welcomed respites from the heartbreaks and breakdowns. Don’t lose your mind if the dog shits on the floor or you get a run in your stockings. Life is a series of intense beauties and mundane problems. Save the worry and tears for the big stuff.

4. In every assumption there is contained the possibility for its opposite. If he doesn’t text you for a day, don’t automatically assume he’s not interested. He may be working late or have been hit by a bus.

If he kisses you sweetly, don’t think he’s promising you the world. He may have a wife and kids or a secret collection of decapitated heads in his closet.

Never jump to conclusions right away. Allow the person to show you who they really are, and then judge.

5. Be less hard on people. They’re not always out to hurt you. This includes men. Just because you’re 30 and still single and have dated every guy who lives in the Tri-state area doesn’t mean they’re all fuckwits. Have hope and be soft.

6. Fear of failure, pride, those last 15 pounds you want to lose — all of these things fall away in the face of death. You will die someday. You are already naked. There is no reason not to follow your heart.

7. Breathe slowly, eat slowly, take the time to take things in. Don’t always be in such a hurry for the next big thing. Enjoy now. Rejoice in what you have NOW. Your job, your new puppy, your friends, family, that new guy. These are all blessings. But remember the impermanence of your situation. These things will all be gone eventually, so bask in them now.

Stephanie is a writer living in Philadelphia. When she's not tied to her laptop, she can be found riding her horse or motorcycle.