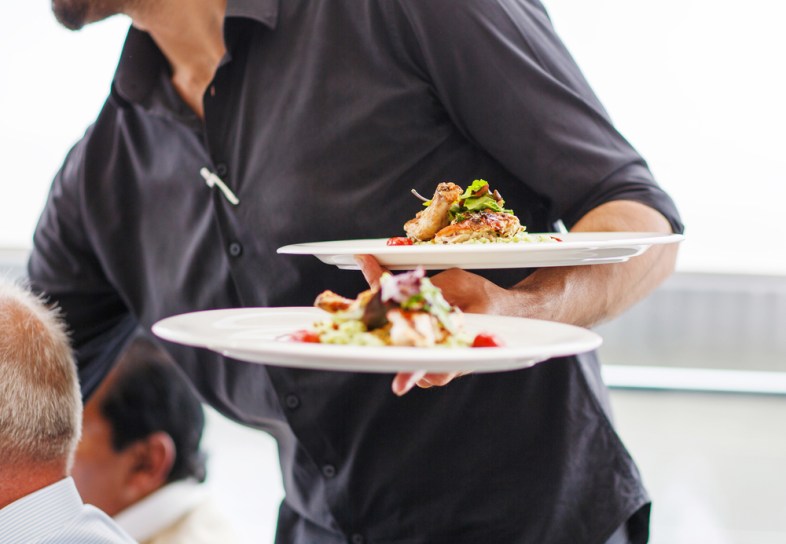 There’s an ongoing internet debate between patrons and servers. One side’s argument depends on patrons knowing the unspoken rules of dining out at a place they can afford and the other side wants patrons to cough up a bunch of money even if the service is poor.

Either of these viewpoints can lead to bad service but after working in the service industry for years I have noticed a few things that customers do that always lead to them getting crappy service.

1. Being Picky About Where You Sit

Do you like sitting in a booth with a window view? Congratulations, you are going to get crappy service for the rest of the evening. Every restaurant has some type of host position. This is not fluff job. The job of the host is not only to be friendly and take you to a table, they are also in control of the flow of the restaurant. They’re not just there to control the rotation and make sure servers having an equal amount of tables. They’re are there to guarantee timing is correct. When a server is unintentionally double or triple sat it throws off everybody. When that happens it means the server will now be getting all their drinks at one time, all the food orders at one time, and the kitchen will get back to back orders. At the end of the meal the server will be cashing out all the tickets at one time and chances are numerous tickets will be split payments. This all leads to a clusterfuck and at least one table getting really bad service.

2. Saying You Are Ready To Order When You Aren’t

No server will ever hold it against you if you need extra time to look over the menu. It took us weeks to memorize the 100+ options of meals and side orders. But the easiest way to piss off your server is to say you are ready and keep them standing there for 5-10 minutes while you mutter “um..” numerous times. While you are staring blankly into that menu I can see my other tables getting frustrated at me. I can feel the death stare from the man waiting to pay his check, I can hear the 5-year-old about to throw a tantrum because I haven’t brought out his family’s food, and I can see another table with empty glasses and an empty bread basket. After I finally get your order I will have to deal with all my pissed of tables and you will not be getting extra napkins, extra sauce, or any refills. You will not see me for the rest of your meal until it is time for the check.

3. Drastically Altering A Dish With Substitutions

I can blame Nora Ephron for this when she wrote it into the script for “When Harry Met Sally”. Listen ladies, this shit ain’t cute. It is not one of those quirky character traits that has become a misguided cliche in romantic comedies. Ordering a dish and drastically changing the what the menu offers is annoying. Ordering everything ”on the side” is annoying. Bitching because the cook ruined your fantasy dish is outright insulting. Everybody is used to accommodating no tomatoes, light on the sauce, or cooking a steak more because it wasn’t completely well done. But nobody is going to care if your Frankenstein dish is wrong. If it does come out exactly how you order it and “it tastes bad” don’t be mistaken, that eye roll you just saw was intentional. Saying to me “it has no flavor” because you ordered the dish with “no sauce” makes me wonder how you have enough IQ points to dress yourself in the morning.

“Soup and salad, I am so fucking sick of it. I don’t want to serve anymore of that shit…”

5. Being Part Of A Large Party

Waiting on a large party is very time consuming and can be confusing, from people not staying seated in their original seat to late arrivals showing up 20 minutes after the order was sent to the cooks. Usually, with any party of 8 or more people, a restaurant will delegate multiple servers to wait on them. This still isn’t a guarantee everything will go perfectly. I have worked on parties that went very smoothly from beginning to end. However, most of the time something for someone will go wrong. For instance, all the dishes are cooked at the exact same time and have to be cooked by less than five people.

When a kitchen receives 10 plus orders including a few plates with substitutions and a few plates that are steaks, not everything will come out perfectly. It is very rare that I never have to take a dish back to the cooks with a large party. Some dishes will come out slightly warm and some will just be disasters not fit for human consumption. These are understandable problems. But with most large parties there always seems to be one loudmouthed martyr of the group. One sole person who acts as if a Greek tragedy just occurred because of the slightest inconvenience. This person typically embarrasses everybody at the table. If you have ever considered trimming down your social circle always pick this person to delete off of Facebook. They are probably the person posting inspirational pictures with crappy quotes on your feed anyway.

If you have an allergy that makes your face swell up and your eyes nearly pop out of your head- you might want to skip the dining out option. I am not saying this to be cruel. In restaurants, how it should be versus how it is are two different things. Yes, it would be nice if you have an allergy everything your food would be handled carefully. Yes, it is the restaurant’s responsibility to deliver you safe food. But shit happens and most patrons do not carrying benadryl with them. It is shocking how often an allergic reaction happens. While most restaurants are aware of peanut and seafood allergies, you would be amazed at some of the odd allergies that exist. I have known people to be allergic to eggs, butter, strawberries, tomatoes (but not ketchup), onions, lettuce, lemon and beef. When most of these ingredients are commonly used in most dishes, the rare allergic reaction is very likely to happen. I don’t advise people with severe allergies to trust people who make minimum wage to handle their food. When people are paid poor wages they tend to be careless. On the other side I have also had customers not tell me they were allergic to that particular item. While it wasn’t included in their dish the cook unintentionally contaminated their food by handling that specific ingredient for another dish because they didn’t know.

Then they all died.

7. Being “Holier Than Thou” About Tipping

Tipping is part of the job as well as part of dining out. You are not reinventing the wheel when it comes to tipping. Every complaint about tipping on both sides has been said before. I have my own hang ups concerning tipping because of waiting tables. I have a problem with tipping for poor service. I also have a problem with leaving a poor tip because I have been on the other side. But I will never understand those who make tipping more complicated than it needs to be. Just remember 15% for adequate service and you’ll be fine.