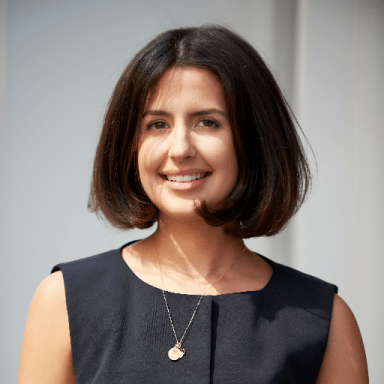 In my early teens, I was introduced to the simple concept that “Men ain’t shit.” The approach was easy to grasp, a one-liner that hit all of the notes in times I felt dismissed, betrayed, or overall confused by the opposite sex. It came up casually while talking on the phone with girlfriends, recounting situations that resulted in aforementioned feelings, or reading dramatic endings to heterosexual relationships on my LiveJournal feed that conduced to the inadequacies of men, all wrapped up in a bow at the end. It was the missing puzzle piece to concluding why the relationship had failed. The thought has favored me through my early adult years, since I did not have the vocabulary or experience to fully explain why men are shit. It has brought me peace in my marriage, deducing our criticisms for one another as him being blocked, incapable of having the awareness to view our arguments as a form of vulnerability and growth. Overall, it puts men and all of their shortcomings as the answer to when things ultimately fall apart. But in giving birth to a son, I was forced to hone in on this idea, having no choice but to find a transformative process to make men the shit by breaking down the patriarchal heteronormative constructs, and doing so through parenting.

I was raised in a Cuban household. Culturally, Hispanics have embedded deep social divisions as it pertains to gender. At a very young age, I was very comfortable in the kitchen. In fact, I loved being in there, because the biggest two influences in my life, my mother and grandmother, told me I should. There are memories in my peripheral of family gatherings, where women congest themselves in the kitchen, frantically putting the finishing touches on the meal, at the same time the men congregate in front of the TV while hiking up the recliner of their La-Z-Boys. I was inadvertently taught to let men speak, give them the space they need to articulate themselves, with the idea that I, a woman, would look prettier listening. There are men I know that didn’t learn how to do laundry until their adult years, genuinely believing that this chore should be left for the woman of the house to take on.

When I was three months pregnant and my OB delivered the news that my little fetus would grow into a baby boy, I was so excited to revel in the news by telling family and friends. Many reactions, in summary, consisted of things like “oof, another man in this world, the last thing we need, babe! Congrats in any case.” From that point on, I was on the receiving end of toxic masculinity, coming at me fast and direct. My circle of advisors not-so-subtly suggested the only color I could consider for my nursery should be blue, the toys should be narrowed down to hammers and dump trunks or baseball bats and action figures. It became clear to me that men, even before they are born, are completely separated from themselves, having no clue who they are as we decide it for them.

Growing up close in age with a boy cousin, I can attest that humans, no matter the gender, are born with compassion. But I have seen the way his was stripped away where mine was nurtured. It’s not easy to carry the weight of the world, but as women, we constantly attempt to. He learned the word no where I was taught to only say yes. He was taught to date often where I was threatened to stay away from dating, to delay it as much as I can. The compassion that we are all born with eventually dissolves in men (I’m not a psychologist, but I’ll do you one better—I’m a woman with a straight-identifying husband).

Perhaps, the disparity between men and women is championed by how different the ideals that are forced upon us at birth. Perhaps, after being married for a naive 4.5 years, I can endorse that women are from Venus and men are from Mars, for the reason that men have been taught to deny themselves. Perhaps Mars is where men land because we’ve given them no other option. Perhaps this disparity is required. Required for what? I can’t say. I’ve never been “allowed” to ask a question like that, let alone find the answer.

bell hooks says, “He learns that his core feelings cannot be expressed if they do not conform to the acceptable behaviors sexism defines as male. Asked to give up the true self in order to realize the patriarchal ideal, boys learn self-betrayal early and are rewarded for these acts of soul murder.” The attempt at ‘soul murdering’ only progressed after my son made his way into this world. The criticism for my first time mothering became profound, but more specifically to how it pertained to my baby’s gender. For example, since I have a boy, the lullabies shouldn’t be sung, but more so spoken. To be more efficient around the house, I strap my son to my chest, but I should not enter the kitchen with him, even less if it’s to prepare a meal, since as a boy, even at infancy, he shouldn’t be subjected to such a task. The toxic masculinity continued, coming at me from all angles, and at the time my son hadn’t even reached five months of age. Here’s an idea: What if we taught men to have a presence in the kitchen as well as the table?

More recently, it’s my son’s sexuality that has devoured the majority of unsought commentary. “Once he starts school, he’ll find a girlfriend,” a family member passively mentioned last week. This is unsettling for me to hear, not only because my son is one, but because I have been taught to shove my sexuality under some imaginary rug all of my life. Speaking of, revealing my pregnancy to my family felt irrationally off-putting because pregnancy is congruent with intercourse, and even as a married woman it was hard to divulge that I was active in sex. Is this the foundation for how objectifying women starts?

My way of parenting will be informed by my past, having no choice but to deny the existence of the structural differences that were bestowed on me. I’ll love what my son loves, and he’ll tell me what he loves through his self-discovery. I’ll do my best to take the backseat, ensuring him a space to connect with himself, instilling confidence in his need for expression. The idea is to parent with social change in mind, reduce the risk of passing on the same struggles we have inherited, breaking down the demands of what a man must be according to social norms. To bring back manly men, we must allow them a space for vulnerability. Because no one, I mean no one, will say my son ain’t shit without me having anything to do about it.

What Are Men Good For?

Call Me Big Daddy: Cheating And Why We Do It

The Ugly Side Of Dating When You’re A Single, Attractive, African American Woman

Everything I Learned After Giving Up On Dating In 2019