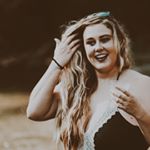 I have not had a boyfriend at the “introduce-to-my-parents” in five years. And I’ve really only had strong feelings for one person since then. What I have done though is developed a thousand crushes, infatuations, flings, etc. in that time.

Sometimes these crushes are for less than a minute Walking down the street, I might see a good-looking man driving. His trimmed beard tells me he has a real job. His nice but modest car tells me that he is interested in something stable like a girlfriend. I can surmise all of this information in just a few seconds; it’s all I need to tell myself ‘he could be my boyfriend’, as he drives away and I never see him again.

This is different than casually being attracted to a stranger. I look for clues to tell me that he is right for me. He will be the answer to my loneliness.

Most of my crushes are more elaborate than this. Usually, it starts with meeting a man at a bar. When talking to him, I think to myself, ‘This guy is funny, and smart, and cute’. Eventually, I identify a handful of more specific things I really like about him, i.e. ‘He’s liberal and kind of a feminist, he loves dogs, and he has a cool job like graphic designer’. That’s when I decide that I like him. We hang out, two or three more times (usually at a bar, usually not a date). After that second or third time, we have sex.

The morning after, is my favorite. I feel closer to him. I don’t know these men at all so it’s not real. But it feels real in the moment. Because the touching is real. And it feels good to be touched. Because as much as this essay makes me sound like I have a lot of sex with a lot of different men, I go months without being touched. And I don’t mean the touch has to be sexual, I just mean the feeling of being touched by someone who wants you and who wants you there next to him.

To be clear, this is not the case with every person I’ve had sex with. Just ones I have crushes on.

I like the false sense of intimacy created while were in bed cuddling. It feels so nice to be held by him, to cuddle with him, and to laugh in bed, which is not easy or possible with everyone but it comes natural with him. He wants the false sense of intimacy just as much as I do. They don’t run out in the morning. We lie in bed and get to know each other. Sometimes we get donuts and coffee. It doesn’t feel like they are my boyfriend, but it feels like something. It’s almost better than the boyfriend feeling, because I get to learn about them and I don’t hate anything about them yet. I learn more things about them that get me excited about him.

The morning always comes to an end. One of us will have to go to work, or get their car, and reality interrupts our fake intimacy. We depart amicably, sometimes exchanging information, promising to call soon.

Hours after I’ve left the bed, I miss that feeling, of being held and touched. I miss that feeling of someone wanting me. In between checking my phone to see if they texted me (they almost never do), I start to think about him, the information I’ve learned about him, and I plug it into my narrative.

The guy I met at the bar, who was so funny, especially when he started dancing and got the whole bar dancing. I think, ‘He would be so fun to bring to my friend’s wedding. And I bet he looks good in a suit. I wonder if I could bring him to the wedding this summer.’

Or the firefighter (fireman? Not sure, which one). I absolutely adore the fact that he is a firefighter. He is so passionate about his job and it is so sexy. I start to look for other things I’ve learned about him that would tell me he is right for me. He did just break up with his girlfriend very recently, which isn’t great, but at least I know he is the relationship-type. I would be a great girlfriend for him. Most importantly, he has the sexiest legs I’ve ever seen on a man.

Or the guy I met in Berlin who lives in Boston. That’s not that far of a drive. If we wanted to visit each other, it wouldn’t be that hard. It would actually be kind of nice to have a long-distance thing. That way we could have a lot of space to do our own thing and meet up in different cities for fun trips. Or meet in the middle of Boston and Cleveland and stay in an adorable cabin in the woods where Daphne can run around.

Or the guy who opened up to me. He wasn’t shy about his anxiety or insecurities. He was vulnerable. He must trust me. He must like me. He is so sensitive and thoughtful. I really like that about him. He’d be a good partner. We are definitely going to fall in love.

Or any time I meet a guy who lives in Cleveland, is an atheist, and doesn’t want kids. The impossible trifecta that I crave. (It’s so hard to meet an atheist who does not want kids in Cleveland.) I recognize that our lifestyles are similar and he won’t beg me to move to a terrible mall suburb. It must be fate. Just by the sheer numbers.

Or the guy who lives in New York City. I tell myself that we will keep in touch after he leaves Chicago, we will fall in love long distance style. And this is how I finally get to move to New York City.

Or the guy who lives in an apartment building with a pool. Enough said.

It’s important to stop here and note, that it’s not real, and I know this, because I don’t know these men. I know things about them. I felt something with them. But after we’ve had sex, I think about what I’ve learned about them and I make them fit into what I want in life and what I want from them.

It’s not enough that we had a great night and a magical morning together. I glamorize the characteristics that attracted me to them in the first place; their looks, intelligence, hobbies, and humor and I combine it with the stories and facts I learned about them. With these clues, I figure out how they can fit into my life going forward.

I’m not insane. Or a stalker. Or creepy. Just lonely. I so rarely find men worthy of my affection. Most men are gross – like don’t clean their toilets. And most men have not fully accepted their privilege in life and carry some (if not all) elements of sexism, racism, homophobia, overall just assholeness. Once I find a guy who isn’t a complete dick, can wipe himself, AND is funny, smart, and cute, I think I’ve found the holy grail.

Again, to be clear, I am not insane for developing make believe feelings after I sleep with a man. Men are insane for so rarely meeting a very low bar of human decency.

For days after, I have an excited feeling. I have put him on some pedestal, convincing myself they are great, and great for me. I’m not convinced that I am marrying these men. But I am daydreaming about something real with them.

I replay our sex. I replay the moment he went in for the kiss. Over and over.

When he has not reached out after the first few days. I stop daydreaming about our future together and I start to reconsider our night together.

The possible reasons he has not and will not call are endless.

He probably remembered seeing the stretch marks on my stomach and doesn’t think I’m hot anymore. I probably talked too much. He thinks I’m a whore. Maybe I wasn’t as funny as I thought I was. He regrets hooking up with me. He realized how fat I am the next morning.

I’m still manipulating facts and assuming things, but this time it’s not in my favor.

When he has not reached out after a week or so, I accept that they are not going to call. I’m a little sad. Not heartbroken. I move on quickly. After all, I don’t have many real memories to mourn over, just the completely fictional thing I made up in my head to alleviate my own loneliness.

Deep down, I know they’re not going to call as soon as they leave the bed. Knowing that makes me feel lonely and I don’t want to feel lonely. I want to be wanted. Just like I know that I will not meet-cute the random crushes I have for a few seconds. By daydreaming, I can extend our night together by a few days. I’m a little less lonely for a few more days.

I haven't got my hair professionally cut or colored in 1.5 years.