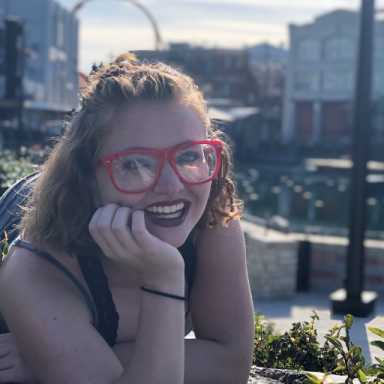 I am slowly learning how to come to terms with change. How to face the unknown with courage and grace, instead of fear.

It’s been a long battle, trying to fight the deep, debilitating uneasiness that fills me at the prospect of change. It’s been one I’ve been fighting for as long as I can remember and I know that I am hardly alone in this. Change can be terrifying. Humans more than anything else in the world are creatures of habit. We feel the most comfort, the most ease when we are involved in routine. It’s why the change between seasons affects us so. It’s not the fact that we lose or gain an hour of sleep, of light, of time. It’s that we feel a sense of wrongness in that it just seems like something is off. We’re missing something. The day feels wasted because it’s so dark at 6pm when in reality there is still so much left.

Look, I’m not an expert. I’m just a poet who finds maybe a little too many romantic elements in the way the universe and everything within it entwine together in the most seamless, effortless ways. I’m just a girl who has, despite her fear of it, dealt with more than enough sudden, overwhelming changes for multiple lifetimes. I’m just a person on the internet sharing her thoughts, hoping they can help at least one person feel a little less isolated.

Change is something that’s inevitable, of course. Your nails will grow. You will age. Your commute will take you on a detour. You’ll move across the state. You’ll get a raise. The color you tried to dye your hair will turn out completely opposite than what you expected.

When change happens, especially when it’s random and unanticipated, I have learned that the very loud gut-punching anxiety that follows is pretty much unavoidable. You can’t stop it from happening and most times you don’t have a say in how long it lasts, either. All you can do is figure out how to cope with it, how to not let it become paralyzing. Wake up every morning and give it a little nudge. Acknowledge that it’s there. Say to yourself “This change is making me feel off-kilter and scared.” It’s okay to admit defeat, even if only to yourself. Especially if only to yourself.

The thing about change—the most important thing, I think—is that even though every part of you feels like instantly and violently rejecting even the thought it, it’s actually the most natural thing in the world. For everyone and everything on this planet. We just do a very very good job of not wanting to accept or acknowledge that (see earlier: creatures of habit).

Here’s an oxymoron that may leave you cringing and confused: change is (arguably) one of the only reliable, constant things we’ve got. At the core of the universe, the only thing we truly know for certain is that we don’t actually know anything for certain. That everything, whether in three minutes or three hundred million years, will change.

Whether we recognize it or not, we are shown this constantly in nature, in things like insects and seasons and natural disasters. We are shown not only that change is the most natural thing in the world, but also that it’s okay to take time to change. To do it fully and well and to adjust in whatever ways you need to. It’s natural selection at its core if Charles Darwin had majored in humanities instead of a STEM.

Again, I am anything but an expert. I’m just a hyper-aware, emotionally sensitive writer who has been notoriously bad at handling change—from a last-minute rescheduled dinner date to moving across the country by herself, and everything that falls in between. But that also means I’ve learned a lot about it, too. I’m still figuring out how to handle it without my body completely shutting down to reject it, but I know now after years and years of trying to figure it out, begging someone to give me some kind of “Guide-map For Dealing With Change” that there isn’t any guide-map because there’s no right or wrong way to do it. You just… do. And you tell yourself that you aren’t crazy for reacting the way you are, and that change is natural and essential for life to thrive and that yes it really REALLY sucks but damn—some pretty amazing things come from it, too.