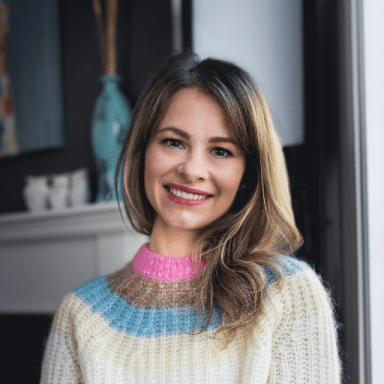 Covid is a challenge for everyone, and it is even more challenging when your immunity is compromised. On top of my husband Jordan’s Cancer diagnosis, covid added an extra layer of stress that we did not need. What it meant for Jordan, who was given a few months to live, was that if he was in the hospital, he would have to be there alone. This caused us both anxiety because Jordan didn’t want to die alone or know that it was a possibility. It also meant that I could not be with Jordan to help him during his chemotherapy appointments. In addition, Jordan would get infections that would cause him so much pain that if he had contracted covid, that could have been it. Having anxiety about Covid was an understatement for him and an extra “gut punch” for us, as Jordan would say to me all the time. I remember dropping Jordan off to his chemotherapy appointment during the first covid outbreak—I had to leave him outside of the Princess Margaret hospital, where he had to wait in line before getting to his first appointment without me.

I remember the look on his face when I had first dropped him off—the look of pure terror. I remember comparing it to how some parents must feel when they drop their child off on their first day of school, the heartbreaking look that says “don’t leave me.” I remember telling him that I would wait around the corner until he got into the hospital and put his name down for his appointment. He would call me several times through his appointments, saying he didn’t know how he was going to get through the appointment because he was vomiting and feeling nauseous, or would just call me to tell me that the person beside him was coughing. At this point in his chemotherapy sessions, it would take him about a week and a half to recover, and then it was time for another round of chemo (which is once every two weeks). He was not having a good time with it; we decided to take a break, and I remember the relief on Jordan’s face when he wasn’t going to do the treatment that week. In the beginning of covid, Jordan and I had a small bubble—it was just Jordan, me and his home palliative nurses. Jordan needed home nursing because he was just that sick—he had three tubes coming out of his stomach that needed to be cleaned and he had constant pain and nausea. Jordan was honest with me and told me his concerns about having the nurses over all the time and contracting Covid.

Jordan and I learned how to clean his stomach dressing and change bandages, learned how to administer nausea medication, and set up his hydration everyday. This would limit the amount of times the nurses had to come into our home and would decrease our chances of contracting covid. Jordan had a germ phobia even before his cancer diagnosis; I would reassure him that he was born for this! Any time his anxiety rose about covid, I really tried my best to remind him that we have all the medical equipment at home and a 24-hour palliative care line that we can utilize before having to consider the hospital. There were a LOT of nights and days where we came close to going to the ER, and with the help of the medical professionals, we did not have to go until the day we had to.

Jordan and I did a great job keeping each other safe, and I’ll be honest, it was a lot more work for me, and it came with huge sacrifices to the both of us. We did what we had to do because we wanted to squeeze as much loving time we had left with each other and did not want to add to Jordan’s suffering. Keeping safe was our biggest priority during this time, and I would like to thank everyone who is doing their part to stay safe, because sometimes it’s not about the things we are missing, but rather the sacrifices we are making in order to help others who are more vulnerable to this virus.

Stefanie is the author of featherandrainbows.com, a blog about loss.