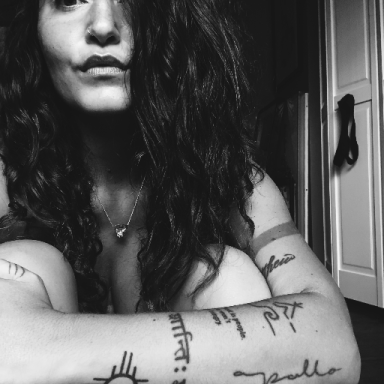 “I don’t believe in bribery, but I will buy you ice cream…”

In my experience, it’s rare that someone uses the limited character space in their Bumble Bio to get really clever in terms of copy. There’s the people who say nothing, the ones who say it like it is, those who take it really seriously and those who segment themselves based on Office references and which flavor of La Croix they’re either strongly for or against. Amazing how divisive soda water has become, amiright? So you could label me impressed when after a good handful of swipes left, I came across “Chris” during my time in Pittsburgh recently. The quote above – that was his tactic in representing himself. Never the one to deny such a combination of humor, wit, great smile and and ‘has chosen to express himself with a photo where he’s nursing an entire tupperware of cookies‘ (among other great pictures that other people took of him in natural moments) – I swiped right and knew immediately what to say:

“So, about that ice cream…”

Turned out we were both nomads. Me – a nomadic Spiritual Coach in PGH as a stop in life on the road to visit a friend and experience a city everyone said I’d love. Him – a Director of Photography specializing in documentary films and non-fiction television, in PGH to film a doc series for Netflix. The common theme becoming, obviously, that neither of us were here for a long time, we were here for a good time. After taking our incredibly sharp, hilarious, clever conversation out of the Bumble-verse and into the exchange of contact info, we entertained a day of mutual LOL-ing that kept both of us on our toes in a way people with such wit don’t often get matched in. And, I found out that I’d swiped right on his last day in the ‘burgh. I’d decided early on that I had to meet this guy and the quickly diminishing hours remaining in his stay were no deterrent to that. Plus, he owed me ice cream.

The sun began to set on prime ‘cocktail-turned-into-dinner-turned-into-dessert-turned-into-??’ time as the would-be prince to my obvious Disney princess waited for some uh…’businessmen’ to show up for interviews for this doc series. Time was running out and it began to look less likely that we’d have time to connect. Yes, we’re both adults without curfews – duh. AND, by 9:30 I was 100% in bed with a Schrute Farms sweatshirt on, ready to change at a moment’s notice but losing hope that he’d wrap any time soon. By 11, I’d accepted the fact that we were two ships passing who could have had a sh*t load of fun if they made it to port. Alas, passing we appeared to be.

Then, around 1:30 a.m., I was offered an invitation: “This is a real pick your adventure”, read his text. We were two outlaws on a tumbleweed dusted street, Pittsburgh – the town clearly not big enough for the both of us as his exit loomed near in under seven hours from where the hour and second hand now sat. His gun, drawn… waiting for my move.

“What’s your location, cowboy?” I asked, firing my shot.

Fifteen minutes later I was making my way to The Omni Hotel in Downtown Pittsburgh considering the likelihood that this total stranger I was driving to see at 2:00 a.m. was going to kill me. I reasoned that I wasn’t on this new nomadic journey to be risk averse. And again, there was still a frozen dessert related debt to be paid.

“I’m out here to live” I told myself as I made my way across the bridge to downtown. The valet made some certain judgements when I pulled up at two o’clock in the morning and said I wasn’t checking in or staying all that long. But I felt alive and excited as I made my way up to the 11th floor to meet “Chris.”

I knocked on the door to be greeted with a hug and a smile that expressed equal excitement and disbelief. He felt like an old friend. An old friend I already really wanted to make out with.

We immediately ordered ice cream from room service. We took our ice cream and walked around the sleepy hallways in socks and bare feet searching for the 13th floor that doesn’t exist with the mini pints in our hands. We found Christmas enchanted ballrooms and Narnia doorways. We left the remains of our ice cream somewhere they didn’t belong. We laughed some more. He didn’t kill me. He held me like someone he cherished and looked at me like I was magic. We dragged out a goodbye with our lips wrought with the sweet sting of ending something so special. I walked out the door at 4:30 AM.

I may never see Chris again.

There are some pretty amazing “success” stories to be devoured through the blog on Bumble. Of friendship. Of collaboration. Of a swipe turning into love turning into marriage. All of which seem to represent a common theme – enduring. What this experience of a love story that would be only momentary, and other experiences like it over the years have given me, is this beautiful reconciling between what is meant to last and what is meant to span no more than a moment. One that expands your perception of the capacity for human connection and alters your chemical makeup permanently – but just one moment nonetheless. Is success limited to what ends in a walk down the aisle? I’m here to tell you a story that ends with a resounding “No, it isn’t.”

I downloaded Bumble with the intention of meeting people in the unfamiliar places I’d wind up as the miles stretch under my tires and lead me to new terrain. Falling in love and meeting a life-partner – not present in my motivation at all. A possibility I’m open to? Sure. But if I’d defined success that way, I’d have missed out on what will go down as one of the most incredible, beautiful, and important experiences of my life. An adventure with a stranger filled with whimsy, laughter, sweetness, intimacy and a connection that was undeniably profound despite its brevity.

What does success mean as it applies to a dating-app?

Everything from forevermore to never again – and the entire spectrum that spans between.

Keep up with Stef on stefosofsky.subtack.com