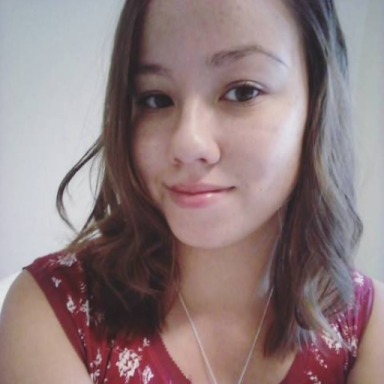 Growing up, I used to envy my girlfriends for the relationships that they had with their moms. My best friend and college roommate of four years was particularly close with her mom. The whole bringing chicken noodle soup when she was sick and running to her daughter’s rescue when the bedroom door was broken – yeah that was her mom. Although I never admitted it to my roommate, I was jealous of the relationship that they had. I’m talking green-eyed monster jealous.

Perhaps it is the 42 year age difference between my mother and me, or the fact that she grew up in a struggling family of 12 in Ho Chi Minh City during the Vietnam War, that made her the way she is. Nevertheless, she is what my older sister deemed “tough love.” Nonexistent are my childhood bedtime stories or the warm hugs and “I love you’s.” Affection was not in my mother’s dictionary and because of this she often scolded me for trying to get it from her.

When I began dating, I tended to always find myself in relationships with guys who treated me like my mother did. They would criticize me or put me down and instead of standing up for myself, I would stay quiet and remain in the abusive relationship. After dating my college boyfriend for a year and a half, the relationship took a turn for the worst. I finally decided that I no longer wanted to live my life this way. I didn’t want to one day wake up and realize I married someone who is exactly like my mother.

Now that I’m older and in a healthy relationship with a person who loves and respects me, I sometimes find myself hesitant when the topic of one day having children comes up in conversation. My boyfriend has pointed out that I tend to use the sentence, “If we have children” instead of “When we have children.”

It’s ironic because as a teenager I used to dream of one day having a family with a doting husband and beautiful children. So why was I now questioning the mere idea of making this dream come true? That’s when it dawned on me. I wasn’t afraid of having children, I was afraid of being a mother, or more precisely, I was afraid of being like my mother.

One of the sweetest and most memorable quotes from the TV show Gilmore Girls was when Rory says in regard to her mother, “I don’t know if she ever realized the person I most wanted to be was her.”

A mother’s role is to love, guide and nurture her children. When a child misses this piece in their life, they often grow up distrusting and emotionally distant. Fortunately, over the years I have learned that even though we can’t choose our parents, we still can choose the person we want to be.

Although a part of me will always yearn for the relationship my friends have with their moms or the relationship Rory has with Lorelai, I can be proud knowing that in the moments when I needed it the most, I was a mother to myself. When I experienced my first heartbreak, and my second and third, I was always there to pick up the pieces. When it came time to navigate the rough waters of becoming a woman, I learned how to swim.

There is nothing easy about having a mother who doesn’t know how to love. The hardest part, for me, was finally coming to peace with knowing that mine would never change. I can’t promise that it won’t sting every time you see one of your girlfriends hug their moms, but I can promise that you are strong enough and wise enough to be all that you need. And one day, if you want it, you can be the mother that you always wanted to your very own child.

I have lived in three countries, I have a puppy named Athena.