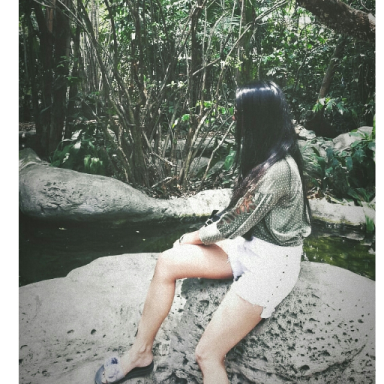 Bohemianism is the manner of an unconventional lifestyle where a few like-minded people get along well by barely adhering to any worldly conformities. It’s like knowing everything you must do but doing exactly the opposite of what’s being told. Hence, becoming the pioneers of one’s own age.

There are times when you just keep defying the norms, doing unusual activities which your elders refrain you to do, responding strangely enough to even the simplest of conversations because you just cannot comply with what has been going on for years in a loop. So, what happens next? You are looked upon, despised, but is that all to curb your voice?

Absolutely not. That’s when you really want to break the glass ceiling and storm out of the place.

Bohemians, or “Bohos”, are free-spirited people who value creativity and live up to their literary, musical, artistic, and spiritual pursuits. They are an unorthodox set of humans who love to explore new avenues in their passion fancies. Unlike those who cringe themselves to etched lore and follow all that’s been said without digging in their own desires, Bohemians lead a more carefree life where their individual urges and appetites pave way for them.

“Whenever you find yourself on the side of the majority, it’s time to pause and reflect.” – Mark Twain

Following are some elements of Bohemian culture which can inspire you to chase your whimsical, nonconformist self:

1. Be free and critical thinkers.

Bohemians of the past century have evolved to be more rational and liberal in their opinions and views over assorted subjects. They prefer to delve deeper into the matter, attain their personal impression, and then create a hypothesis of the whole argument. Instead of following the structure, they take steps to build their own paths over wishful thinking.

2. Every human being is vital.

One considerable ideology of Bohemians is that they believe that each human being is significant. With their idea of clinging on to individual beliefs, they press to make each one count. They urge people to be vocal about their thoughts and judgements, as all of it matters. It forbears a person to wallow in self-sabotaging or hush down even their teensy-weensy view. They reckon that the power of every life becomes unique as soon as it is taken in one’s own hands.

3. Be creative in your pursuits.

Bohemians feed on artistic saps where they solely live by their art, musical, or literary enthusiasms. They find comfort in churning their imaginative spurs to something new, something which precedes time and inspires others. Instead of looking out for some monetary gain, they simply chase pleasure through passion. By infusing aesthetic colors, adventurous transits, or eccentric patterns to life, these innovative folks seek hedonism in all they do.

Although these unconventional persons detest attending the regular ideals, their key notion lies to the point that no two persons are connected and hence should not bound themselves by way of following what the other asks for. By not giving in to the rules, these fearless individuals abominate taboos like racism, chastity, homophobia, wealth, misogyny, and more. Bohemians discourage authority and feel that people should have the right to choose and love anyone or anything without any imposition.

As Bohemian culture basks in open-mindedness and free love, it unfolds paradigms for these people to gauge their needs and wants distinctly. It supports their will to stay connected with like-minded people, live in chosen minimalism, create art, be sexually active, and gain new experiences by wandering about places, meeting new people.

Although Bohemian is a term which has come far too long from implying the Romani lifestyle from the country of Bohemia, turning to describe mere artists and writers who travelled from Paris to other places, Bohemian values have posed to be a liberal outlook where the group firmly rejected the mainstream, persuading the mass to follow free will.

Furthermore, Bohemian has become a separate subculture where Boho has come out as a vivid trend, which promotes free-spiritedness. The updated culture has manifested the youth to explore their independent state of mind staging their passion novelties over digital platforms.

Being an age-old lifestyle, the 21st century Bohemianism is not only seen in individual actions, values, and attitudes but in their choice of living as well. Inspired by imaginative, traversing styles, people have reflected their preference by styling Bohemian colors, patterns, and objects gathered and experimented from several parts of the world. A blend of warm, earthy colors; crochet, fringe handwork; vintage, raw furniture and accessories has enlivened the whole culture in itself.

The doctrine of Bohemianism delivers that life is a gift which needs to be embraced with complete fervor and ecstasy. It is what they say can make you stand out and break the bars that hold you captive for years and more. Driven by independent thinking, this Boho culture prompts you to live it in a way that could make your personality be remembered forever.

“I took the road less travelled by, and that has made all the difference.” – Robert Frost

I'm a storm with encrypted letters Follow Srishti on Instagram or read more articles from Srishti on Thought Catalog.

10 Steps To Turning Your Passion Into Money

When You Like Yourself Too Much To Date Someone

Don’t Do What You Love

What Your Favorite Alcohol Says About You