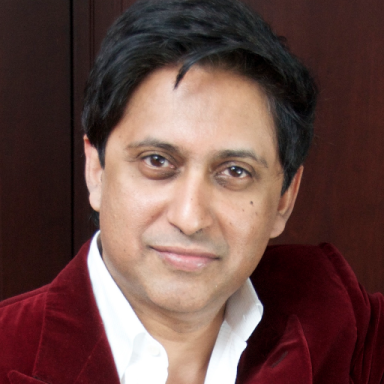 Everyone appreciates a shortcut. In this busy and often overwhelming life, it’s good to know that focusing on the positive can help you when you’re feeling down or that imagery can boost your confidence when you’re trying to perfect your tennis serve. However, when hacking becomes your go-to methodology for dealing with your psychology, it’s akin to using anabolic steroids to build mental muscle. Although the end result might look good in the short term, in the longer term, it’s often ineffective for your mental development and could make you sicker, too.

In 1980, psychoanalyst Pierre Marty and a research group of French psychoanalysts had keenly observed that in their patients, physical illnesses occurred in people whose thoughts had less functional value. Their thoughts were sterilized, polarized, rational, formulaic, and lacking a complex quality of the kind that one experiences when opposite ideas seem to live in close proximity to clear opinions. When thoughts habitually lack this complexity, it is a sign that physical illness is imminent.

The Link Between Your Thoughts And Body

On the surface, it might seem like a stretch to say that physical illnesses are connected to oversimplified ideas. However, within the brain, the regions responsible for “thinking and feeling” lie close to the regions that control our physiology, and they might even overlap. The hypothalamus and pituitary gland in the brain are two of many examples. Involved as they are in helping us to attend and feel, they might also contribute to diseases such as autoimmune processes and skin disease.

In 2008, clinical psychologist Janine Giese-Davis and her colleagues examined whether suppression (conscious withholding) and repression (unconscious withholding of information) could change physiology in patients who had been diagnosed with metastatic breast cancer. Indeed, they found that repression increased diastolic blood pressure and higher restraint of hostility increased systolic blood pressure. They also referenced many studies that showed that even though people who repress their emotions say they have low anxiety, their physiological changes indicate that their hearts are working overtime. The same patterns of elevated cardiovascular stress were found for suppression in a number of studies, too.

Hacking As A Form Of Thought Destruction

The technical term for the harmful aspect of hacking is “dementalization.” In this state, people focus on rational thoughts and actions — shortcuts — and they ignore their drives, fantasies, imaginations, and contradictions. They become mechanical. When Marty studied people like this, he noticed that they were in a state that he called “essential depression.”

People with essential depression might be productive, but they lack vitality. And in that sense, the absence of psychological aliveness or energy portends poorly for their physical well-being.

According to Marty and his colleagues, one important aspect of “complexity” involves integrating preconscious elements with your ideas. It might involve things you can imagine or fantasies you have about wishes that have not yet been fulfilled. They noticed that people who were unable to engage their imaginations or fantasies (to allow them freely in their own minds as opposed to acting them out) were also prone to physical symptoms.

Trying to hack your life might actually be increasing your stress and making it even more difficult to live with vitality and purpose. Instead, making time to let your mind wander while hiking, lying in a hammock and watching the clouds floating by, or doodling will help.

You might also activate your preconscious by exploring your fantasies or activating your imagination about how you might want things to be. Also look for and accept contradictions that you hold. Be careful not to mistake acting out your fantasies for exploring them. The idea here is that reflection should dominate over activity. It’s important that you not confuse the search for pleasure through the gratification of a fantasy with the quest for calmness through avoidance of unpleasantness. The former is based on the ability to retain tension, whereas the latter seeks only discharge and risks resulting in depletion.

Finally, see whether you can express the functions of various people in your life as symbols. For example, you might ask, “Who are the anchors, breezes, hurricanes, and waters in my life?” Set aside time to do all of this. Incorporate this as a regular practice in your life.

Srini Pillay, M.D., is an author and the CEO of NeuroBusiness Group.

It’s Okay To Be There For Yourself First

6 Ways To Start Getting Good At Suffering

When You Realize It’s Best To Leave The Past Behind

It’s Time To Decide Who You Want To Be

Here’s Why It’s Time To Start Detoxing Your Mind, Not Just Your Body