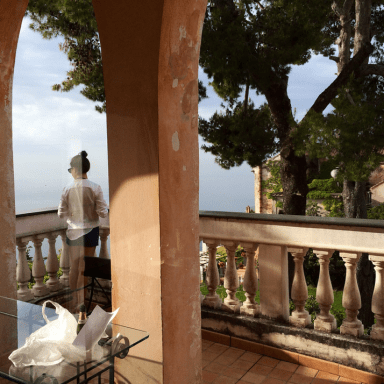 For the most part, you like to do your own thing, focus on being present, and concentrate on challenging yourself to grow every single day. BUT, you can be sporadically basic when it comes to letting the world know about your ~adventurous~ and interesting life. Whether it’s an exclusive invite to a book launch party, or a picturesque Instagram post of you standing at the top of a mountain, you can never resist documenting your cool experiences to your many followers, and using clichéd captions about finding your own adventure.

Very basic, even though you try so hard not to be.

You don’t want the title, but you simply love too many stereotypically basic things to not be considered basic: home decor, candles, cozy aesthetics, pumpkin spice anything, girls’ nights, craft cocktails. Don’t fight it – just embrace the title because the faster you do, the faster you can stop worrying about apologizing for all the (pretty awesome) things that you love.

Resignedly and openly basic after a long battle of trying to fight your basicness.

You tried so, so hard not to be basic. And you failed. And that’s okay. Because at this point, you’ve become so open about your basicness that you’re almost not basic. Key word there is almost. After fighting it for so long, you’ve stopped apologizing for the things that make you happy (and basic): Friday night dinners at bougie restaurants, fun little adventures to nearby places (like your local apple orchard or Wine & Paint place), posting “candid” Instagrams of you and your friends “candidly” laughing, etc. You’ve stopped trying to hide this part of yourself and instead have just become open and unapologetic about it, which makes you basic but almost not basic.

Heavily basic, but not at all ashamed about it.

Even if you hate the concept of basicness, you love too many basic things to give a crap what people say about you or your basicness. If a girls’ wine night or a Bath & Body works sale or a new fluffy scarf or the feeling of holding a cup of hot Starbucks coffee is going to make you happy, then who the hell cares if it also happens to be basic. You’re too busy thinking about your own health, contentment, and wellness to care about what is and isn’t basic. You’d rather just be happy.

Not basic, but only because your likes and interests are too scattered to be basic.

The main reason you aren’t basic is because your passions and hobbies are all over the place. One minute you’re taking guitar lessons, the next you’re working to get your scuba diving license, while also starting a new committee at your job and signing up for Spanish classes. There are certainly plenty of basic things that you like or are interested in, but you are such a Tasmanian devil when it comes to your life, your schedule, and your everyday habits that no one can keep up enough to know whether or not you’re basic.

Mildly basic, mostly because you spend so much of your time stressing about if you are basic.

Your friends have to spend so much time reassuring you that, no, people aren’t spending that much time thinking about that new thing you’re doing or that new style you’re trying out – so even if your lifestyle or fashion sense isn’t stereotypically basic (which, typically, it’s not; your style and hobbies are very unique) it becomes basic because it’s all you worry about and talk about and your friends feel like they’re having to reassure you about your ‘brand.’

Not that basic IRL, but very basic on social media.

In real life, you’re pretty awesome. Social, welcoming, interesting, genuine, kind to everyone – everybody wants to be around you. It’s online that your basic beast emerges – captions that use Marilyn Monroe quotes, an Instagram story that you update every 14 minutes, comments you write on other friends’ photos that say something like “Gorgeous!! Coffee date soon?” But the best part is that you don’t care. You’re fine with being basic online, as long as people don’t find you basic IRL.

Not basic, because even if you were possibly basic, people would be too intimidated to tell you.

Like most people, you certainly have your fair share of basic qualities, even if they only show themselves every once in a while. However, people find you so intimidating, powerful, and intense that they’re too scared to even imply that you’re basic. Because they know you would come back at them with an impassioned speech that is so silver-tongued and animated that it sounds like it came right out of a CW drama.

Basic in a way that’s half-ironic but also half-serious.

You’re self-aware and very cognizant of every single basic thing that you do. And not only that, but you announce it every single time, as if you’re trying to beat everyone else to the punch in order to have ‘control of the story.’ A Snap story of your latte art always comes with a caption stating something like “#srynotsry” and whenever you receive a compliment on your scarf, you make fun of it and yourself first before you ever say thank you. It’s like you’re trying to be a parody of a basic betch but you also are that basic betch and you’re okay with it being this weird 50-50 situation.

You’re actively un-basic but, like, to a fault. You’re so focused on seeming deep, serious, and intellectual that you’ll go as far as actively not choosing something basic even if you really want it. At brunch (if your friends can even get you there), you’ll do the hot tea instead of the mimosa that you’re dying for. In a book store, you’ll purchase some white dude’s autobiography from 1800-something, even if you’re just tired and in the mood to decompress and read a trashy beach read that will never teach you anything but that will entertain you. If you could only embrace that little bit of basicness that everybody has, you’d be way happier.

Level of basicness is unknowable, because people literally cannot figure you out.

You’re such a mystery, often even to your own friends, that nobody knows how basic you are. You manage to be friendly, but distant. To always courteously ask others about themselves but to not divulge much about yourself unless someone goes digging. There’s a very high chance that there’s plenty of basic stuff that you love (bubble baths? chunky sweaters? mixology?) but nobody has a clue unless they’ve been your friend for like a hundred years.

Not at all basic, but only because you don’t understand what it means.

You’re an old soul. You’re well-liked because you’re compassionate and kind, but when people are talking about the latest pop hit or Twitter’s favorite new slang term, you have no clue what’s going on. Same goes for the concept and act of basicness. You (probably) have your fair share of basic habits or likes, but because you’re unaware that basicness is even a thing, you can’t even make fun of yourself or joke about it with other people, because you’re literally clueless about the concept. You like to just stick to your own thing, like what you like, and spend your time doing what makes you happy. So, overall, it’s pretty hard for you to be basic.

Pisces. Coffee drinker. Lover of brunch, Chardonnay, and everything on the E! network.