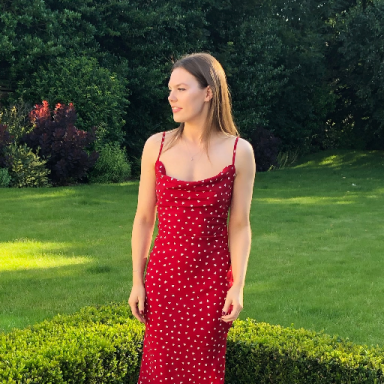 Dating today is casual and careless. It lacks conviction and authenticity that leaves us caught somewhere between our belief in love and doubt in ourselves. There’s a lack of confidence that surrounds modern dating which translates into the way we see ourselves, the way we treat ourselves. We lean into other people’s perceptions and opinions of ourselves and we allow the actions of others to convince us that we aren’t enough.

Dating today is keeping your options open. It’s mixed messages and missed opportunities. It’s blurry lines and well-timed responses, or even no responses at all. It’s carelessly seeking immediate gratification that leads us to giving up on someone a little too quickly.

Modern dating has established a culture that holds us less accountable for our actions. It’s messages people don’t feel obliged to reply to because why verbalise how you feel when you can let silence do that for you?

So you’ve learned to listen to someone’s silence, because dating today is allowing silence to speak louder than words ever could have. It’s abrupt endings that you didn’t see coming and you’re left wondering if you could have done more, said more, tried harder. And as you try to let it go, you’re drowning in words unsaid.

When was the last time you felt confident in anything? In yourself or your convictions or even in those of others? You’re the person who cares, who makes the effort, who shows up without hesitation. Your effort is admirable and your integrity is something that should be valued more.

Dating today isn’t supposed to be casual or confusing, but for some reason, it is with you. You give your heart away a little too carelessly, believing that one day it will pay off because there were times where it seemed so right and you were so sure. You came so close to being what someone wanted, only to fall short at the last minute and you’re left wondering if it’s you or the people you’re choosing.

You’re drawn to people who give you enough but never more than that. People who too often make you question your own worth. You try like you have something to prove, thinking maybe they will change their mind about you.

You’re the one they always come back to. Whether it’s three days or three weeks, they reply to your message like you’re someone who will always be there. And instead of walking away, you try harder, allowing people back into your life in a vain attempt to prove that you’re everything they couldn’t see in you the first time around.

The people who don’t deserve you will always be those whose presence is clouded by indifference. It will always feel complicated and uncertain and leave you feeling like you’re not worth their attention or effort.

And maybe your head is not where your heart is, but something’s got to give when emotions only run skin deep.

I know you feel stupid for holding onto things that keep hurting you, for not walking away sooner, for believing in someone because you really liked the idea of them rather than who they were telling you they were.

And I know you wish that by now you felt more indifferent, but you catch yourself thinking about them more than you should be.

You’ve come to think that losing people says something about you.

You’ve blamed yourself for their disinterest.

You’ve picked yourself up and brushed yourself off more times than you care to admit, you’ve explained away their absence, and you’ve moved on without them. But for some reason, it feels so much harder to pick yourself up this time.

Aren’t you tired yet? Tired of people making you feel like you’re easy to lose or hard to love. Giving people more chances than they deserve only to be disappointed, but not surprised.

Stop breaking your own heart for people who seem to pick and choose when to care, because if someone is okay with losing you, what are you really fighting for?

Sometimes you have to just let things be. You have to let people go and stop fighting for explanations or answers. Stop fighting so hard to get closure, because sometimes not saying anything says everything.

One day you are going to meet someone who shows you you’re enough. That you’ve always been enough, with or without a relationship and it’s going to feel right and it’s going to feel easy. When it happens, you won’t trust it at first because you’re not used to getting what you give, but here will be something you can finally feel confident in.

But first, you have to let go of those who aren’t meant to love you like you deserve.