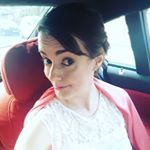 There was a major milestone to celebrate within my family this month.

Identifying what would make the best gift caused a complete stress within.

I had a few ideas but found myself frequently judging the merit of each using just their monetary value as the means with which to test their suitability. I felt compelled to spend a significant sum of money on the basis that it was such a massive milestone. It’s rude to be cheap, right? The more you spend, the more it looks like you love them, right? Of course not, but there’s still a part of your conscience that believes so when all you want to do is give the perfect present.

This time of year is beset with the pressure to give good gifts to those around us, and often the measure of a “good” gift is seen to be in the bold figure at the bottom of the receipt—the greater the number, the more generous the gift! A Casio and a Rolex both tell the same time, but one would arguably be seen as far more generous a present than the other.

Wedding presents are another example of when cost is perceived to correlate with generosity. ‘Good wedding gift etiquette’ dictates that you should spend a minimum of $50, no matter your relationship with the happy couple, which I find horrendous. If that’s what you expect, then please don’t invite me to your wedding—we shouldn’t really be friends. But the question it makes me ask is: What makes $50 the value of that bond?

Quite honestly, I find this stuff sad and depressing. There is a quote I’ve seen on the internet dozens of times which captures one of the reasons why. You’ve probably seen it too, but I’ll post again anyway:

If you are fortunate enough to have a lot of money, it’s pretty easy to be generous. You just have to go online or into a shop, pick out the most expensive item, flash your plastic at the till, and job done. Five minute job. If you don’t have so much money, it’s a bit harder, though even then, it’s quicker and easier to buy something than it is to give your time to something.

But hang on, why do we often make gifts about the monetary cost anyway? We try to equate the value of family, friends, and lovers into numeric figures, when maybe the real value of what we give is in terms of our time, shared experiences, or thoughts.

In the end, I just couldn’t put a price on the value of what it was I was celebrating in my family. To do so felt arbitrary, shallow, and sad. I gave them a gift, but it cost little money, just time. Even now, I question whether I was generous enough. That’s because all around me I’m seeing adverts and pictures of lavish gifts, presents presented as a surefire way to please others.

But then I think about all the gifts I’ve ever received. One of the best was a drawing a friend did on an A4 piece of paper, colored in with Crayola pencils. She had a fantastic knack for art and had drawn a custom, fictional woodland scene containing references to things that we had found funny that year. It was brilliant. It made me howl with laughter, and I even took it away to Uni a couple of years later to pin up on my wall for when I was feeling homesick. It was the sort of thing that wouldn’t have been possible to buy. It cost her absolutely nothing. But that’s the gift I remember most from that year (16 years ago). That’s the one I consider the most generous, because it took the most time and thought.

The reality is that many of the gifts opened this Christmas day will be forgotten pretty quickly. They’ll probably end up on the Facebook marketplace or the shelves of charity shops in order to make space within the home later on. That’s because it’s a natural human behavior to eventually get bored of things. And if you can sell off those things to recoup some money to buy more things, then even better.

So why do we do it to ourselves? Why do we keep stressing in shopping aisles or feeling the pressure to save, save, and sell an arm for Christmas when there are actually a range of ways to be generous or please those people you care about? Say something nice to somebody. Tell them why you like them and appreciate them. Show them you care. Contrary to what it may seem, expensive presents don’t necessarily do that.

I’m not saying we should forget about physical gifts altogether—absolutely not. We all enjoy opening things. I just disagree with deciding whether or not to buy something on the basis of what it’s worth in GBP. Buy it because you have thought about it and you think it’s something the recipient would really enjoy or appreciate.

Give people love, thoughts, and attention. Don’t make it about the money.

Because I know which is needed more in the world today.

Better to dance barefoot than in shoes that do not fit.