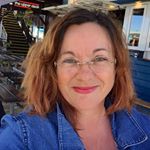 Are You An Empath Or A Psychopath?

If you’re reading this right now, chances are you’re the Empath type. But what is that exactly? To answer that question, it’s useful to first consider the definition of a psychopath.

The foremost authority on psychopaths is Dr. Robert Hare, a Canadian psychologist who developed the now famous Hare Psychopathy Checklist, first released in 1980.

The checklist is comprised of 20 items divided into four facets: Interpersonal, affective (emotional), lifestyle, and antisocial. Each of these 20 traits is scored on a 0 to 2 scale: 0 = not present, 1 = present but not dominant and 2 = dominant.

The average person scores between 3 and 6. Non-psychopathic criminals (can be found in prisons) score between 16 and 22. A card-carrying psychopath on the other hand has a total score of over 30. The different facets comprise the following items as follows:

– Lack of remorse or guilt

– Failure to accept responsibility for own actions

– A history with conditional release from prison revoked

It’s worth noting that most psychopaths aren’t in prison, they live among us. According to Kevin Dutton’s research, the most psychopathic profession is CEO and it turns out, one in five CEOs are psychopaths!

So it’s very likely, especially if you’re an Empath working in an organization, that you’ve encountered more than one during your career. And no, you’re not to blame! You don’t “attract” them, they’re there and they cross your path. You were just unlucky to have a run-in with one.

Definition Of The Empath

Now let’s go back to the definition of the Empath. According to David Gillespie, author of “Taming Toxic People: The Science Of Identifying And Dealing With Psychopaths,” he sees the world as being divided into two types of people: the Empath and psychopaths. He believes most normal people are Empaths since we’re hardwired as human beings to be social animals. I would add that the Empath has the following characteristics. The Empath:

– Is conscientious – ie, you’re good at what you do

– Is caring and tender-hearted

– Feels for and with, others. A highly developed sense of emotional attunement to another takes you into the paranormal/psychic realm – with some of us being able to accurately “know” things that lie beyond the five senses

– Is sensitive to emotions and energies, often introverted and can easily feel overwhelmed by too many people in his or her personal space

The three mistakes the Empath most commonly makes when dealing with a psychopath are as follows:

A misguided or naive belief that everyone shares the same fundamental values as them. Empaths are incredulous to discover when someone they know is completely lacking in empathy – it doesn’t compute

Doubting oneself instead of doubting the psychopath which in turns leads to a massive loss of self-confidence and if tolerated for long enough, a significant decline in mental health.

The problem is, even a highly intuitive Empath may not always recognize a psychopath. Again, there is no blame for this lack of recognition and it’s important not to give yourself a hard time over it. The reason your instincts don’t register the presence of a psychopath is because of your position relative to this person.

There are three possible positions, two of which obscure the fact you’re dealing with a psychopath:

1. You’re useful to the psychopath

In this scenario, you have something the psychopath wants and will, therefore, be in the direct path of his charm-offensive. This person is dazzling and charming, at least for a while anyway. As soon as he gets what he wants, he’ll discard you. Furthermore, he could try to destroy you, which is a shock, especially when you discover he’s not what he seems. This position is arguably the worst position to be in, despite first appearances that your narcissistic boss favors you.

2. You’re obstructive to the psychopath

In this scenario, you’re obstructing the path for the psychopath to get what he wants. As a result, you may be demeaned, manipulated, humiliated and treated cruelly. You’re a threat and as such, you’re likely to be white-anted. It may be the case that as a competent and popular employee, you threaten the psychopath’s chances for a promotion or pay rise. You don’t at first notice the abnormal behavior because it happens subtly, over time, but you tell yourself “he’s just having a bad day.”

3. You’re irrelevant to the psychopath

In this scenario, you’re a person of absolutely no importance. This is the best position of all to be in! You’re flying under the radar and are in a position to observe the dodgy dealings and creepy behavior of this person. Chances are, your intuition will be on high alert, your flesh will crawl and you’re the only one in the position to warn others to WATCH OUT!

I'm a coach for Empath Entrepreneurs.