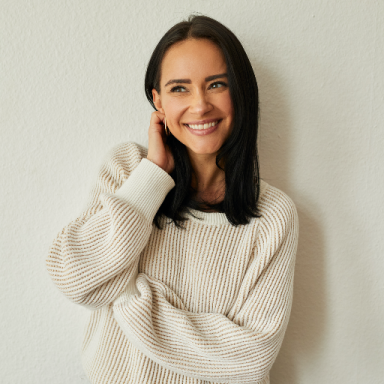 Thus far, I have planned my life.

Yes, sometimes I chose to be spontaneous, and sometimes plans veered off course. Yes, sometimes I got hit with curveballs, and sometimes life just stopped me in my place. But for the most part? I’ve lived my life by to-do lists, excel sheets, Google calendars, planners, itineraries, and daydreams that I saw as rehearsals for the real thing.

I remember being on a date once. He looked me in the eyes with a sultry stare over candlelight and seemed like he was completely engrossed in what I was saying. Then, with a soft smile, he asked me, “How many times have you repeated these same stories?”

I’m the type of person who knows what she wants to say before a conversation is even midway through. I’ve worked and worked and worked at being present, but my DNA coerces me into creating a checklist in my mind of all the words I need to speak to be effective.

Sometimes I like to think that I moved to New York City on a whim, but in truth, I had been talking about moving for years and years. It just so happened that over lunch four years ago, I guess I got tired of that particular story and decided to make it a reality.

I’d like to think that becoming a yoga teacher was spontaneous. I went to one info session, felt it in my gut, and put down the deposit a week later (yes, a week, I’m a planner after all). But again, in truth, I had told myself I wanted to become a yoga teacher when my practice saved me from heartbreak many years prior.

I’d like to think that I know how to make choices with instinct rather than logic. The thing is, I’ve planned everything. Sure, I thought I was going to be married by 27 and having a baby by 29. Neither of those things happened. But where I am today is based on a series of choices I consciously made.

I am proud of who I have become, but I planned her from day one.

Ironically, my planning gets paired with indecision. Should I get the pasta or the sandwich? Should I take the subway or a cab? Should I buy the shoes? Should I go on the second date or leave it at the first? I always worry my planned choice will be the wrong one, or when something unplanned pops up, there’s an added stress because I haven’t had the right amount of time to plan options.

I am continually living in between the lines of a to-do list and pushing the hands of a proverbial clock, trying to make it match up with what I had in mind. While a lot of this neurotic behavior likely contributed to the strength and perseverance that got me to where I am today, I also know that I have been missing out on getting to know who I am outside of my Google calendar.

What about you — is this you too?

I have planned my life, but lately, there’s something new happening in my body. Ever since I started getting spiritual, getting mindful, and getting clear, I hear something. No, I do not hear voices in my head. What I hear is this gentle nudge in my chest. Go there. Try this. Listen, don’t speak. Just breathe. Look up. Smile. Turn left.

Lately, my intuition is getting stronger. Or perhaps it was always strong, but I had to make my ego weaker to give up control and hear what I needed to do. Because you always know. You always know the right decision for you.

Too often, I let my doubts and the chaos of my daily life flood my thought stream, and I let it crowd my heart space. I allow my plans to block my instinct. And as of recently, that’s no longer ringing true.

I’m too type A to say it was definitely yoga or definitely meditation or definitely that one book I read on spiritual awakening. What I will say is that it started to happen when I began to ask myself more questions.

Does this really serve me?

Why is this important to me?

Who is this person to me, truly?

The more I asked, the more I realized I had the answers. Thus far, I’ve planned my life, but I didn’t prepare for this. I didn’t expect to let go, and I didn’t plan for freedom.

You can schedule lunch, but you shouldn’t schedule life.

You can plan a trip, but you shouldn’t plan love.

You can make a list, but you shouldn’t live or die by it.

Thus far, I’ve planned my life, but now? Now I think this is what it feels like to start living it.