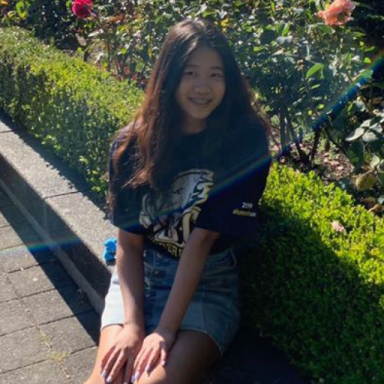 I left you because I was afraid. Even if I couldn’t see it back then. Couldn’t see past my own fears of intimacy and commitment.

I often wonder if I did the right thing. Was leaving you ever a choice I should have considered? Was leaving ever worth the pain that I caused? At the time, the impact of my actions and the destruction that I left far outweighed the guilt and remorse I didn’t feel.

But now I see it perfectly clear — what fear really means. Fear is the ultimate destroyer of connection because it makes you doubt the very foundations of a relationship. It places seeds of hesitation in your mind that make you incapable of committing to perfectly stable and healthy relationships even if you wanted to. And I let it dictate my life as well how I treated others, inevitably cutting connections with people who I cared the most about.

In doing some self-reflection, I have realized that with you was the happiest I’ve ever been. I’ve also realized, in hindsight, that you’ve checked off all the boxes I could want in a person. You were the same as me, with the same quirky features and similar aspirations that we always dreamed of achieving together. And I lost that because I wasn’t ready and because I let fear govern my thoughts and my actions. I wasn’t ready to give you everything when you had given me your all.

I regret leaving and especially the pain that ensued. I regret the damage that I’ve done to the life of another. I wonder what you will have to tell your future wife and what story you’ll have to conjure up when they ask you about the first love of your life. How a seemingly well put together girl left you heartbroken and miserable. There’s no apologies that I can make for the damage that I’ve left, and there’s no denying or excuses that this is all on me.

And I am sorry. For running, for never apologizing until it was too late, and for making you feel like it was your fault and that you were the one to blame. It was never your problem alone. We were a team, so we should have worked through the problems together and tackled each obstacle together, because that’s how a relationship works.

You deserve better. I now know that I ran because I was afraid. And I couldn’t face what I had done either. I couldn’t face the possibility that I destroyed another human being and I left him spiralling down a hole of self-hatred and self-pity.

But the blame was never on you. And I still can’t believe I let you slip right through my fingertips. I had a guy that wanted me and only me. I had a guy that cherished every second we spent together. I had a guy who saw me as the prettiest girl in the world.

I lost the one good relationship in my life and I didn’t fight for it back. Instead, I cowardly ran.

So this is me apologizing for the damage. This is me apologizing for the tears I caused. This is the regret and guilt I never felt coming back to haunt me. This is looking back at the happiest times of my life and realizing that if I had just tried to overcome my own problems, if I just put a little effort in, our relationship would have flourished and we would have been happy.

If I could hold you in my arms for a day, I would. If I could tell you all my fears and sorrows, I would. I would tell you every little bit of explanation you needed until you felt like you had an answer. So you wouldn’t be left so confused and tumbling down a self-destructive path.

To this day, I’m still thinking of you. I hope wherever you are that you’re happy, because you damn well deserve all the happiness in the world.