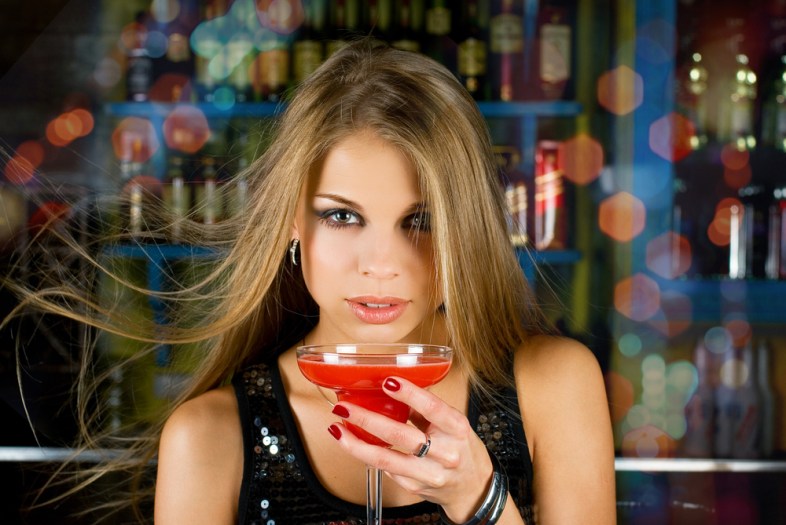 In light of the new “California-Drunk-Sex-Is-Rape” Referendum, I thought it might be fitting to share a recent experience of mine, and my thoughts and feeling surrounding this entire debate. It is only one person’s experience, but if anything I think it helps to demonstrate what might at least be part of the thought process behind this new law.

In order to provide an idea of how I came to this conclusion, I’ll give you a bit of background information on my most recent sexual escapade. Last Friday, I went out to a bar that I regularly attend with a few of my friends. We had all been pre-gaming at home, and then had gone to a different pub initially, so I was already about six drinks in. The place was packed, and I lost my friends almost immediately upon entrance. So, I was alone and drunk in this multi-floored pub.

Now, I am an acquaintance of one of the bouncers there. For the sake of the story, I’ll call him Gavin. Gavin and I has met a few times before and had had some brief conversations. He was always very sweet and caring in his interactions, despite be a somewhat intimidating bear of a man. He saw me wandering around alone, trying to find my friends, and waved hello. I made my way through the crowd over to him, and he bent down to my ear to ask if I was OK. I said yes, and he touched the small of my back as I disappeared into the crowd and resumed my search.

After another round through the pub, and still no luck. I found myself next to Gavin again. He put his hand on my shoulder, gently pulled me in, looked directly into my eyes, asked if I was sure I was OK. I said yes. Gavin paused for a moment, and then asked, “Could maybe take me out for coffee tomorrow after you get out of work?” I said yes, and asked to see his phone so I could give him my number. He asked if I was too drunk to know what I was doing. I told him no, I wasn’t too drunk, and put my number in his phone. Then I gave him a flirty kiss on the cheek, and was off. I got myself a drink, and did another round of the pub. I still couldn’t find my friends, and at that point I pretty much assumed that they had moved on and left me there. Feeling lost, I went back over to Gavin. I’d always thought he was super cute, but never thought he had an interest in me. To be honest, I was excited that he did. I liked him too. He pulled me towards him and said, “I know I’m at work right now, so I can’t, but I would love to kiss you.” I told him that I would love for him to kiss me too. He leaned down (his height only adds to his hotness) and said, “If you aren’t too drunk for this, I get off at three. If you want to wait by the door, I’ll come get you as soon as I can.” I smiled at him and said, “No, I’m not too drunk. I’ll wait.”

I am a 23-year-old woman, and was on my eighth vodka tonic.

These are the moments that this debate seems to hinge on. I was clearly very drunk, despite my saying that I was not too drunk to consent to seeing him. He was working, and without a shadow of a doubt, completely sober. Still I went home with him and, to be honest, we had an amazing time.

So, was he taking advantage? Does the fact that I was drunk negate everything that I said that night?

To me, the answer to both of these is a resounding, “no”.

When I first heard about this law, I found it insulting that any faction of the government feels I am ever unable to think for myself and make my own decisions. I have a brain. I can think critically, and I have complete control over myself. I take ownership of what I do and how I do it. Saying that I don’t have this ability makes me feel like a child who wants to go on the class field trip, but still has to get their parents to sign the permission slip. I thought that this law sends the message that I need to be protected, and that someone else has to monitor my decisions because I might not be able to handle the repercussions or potential regret involved in this one night.

But maybe, just maybe, this law isn’t about me. Maybe it isn’t about women at all. Maybe it is actually a way to protect him. Because with this law in place, he would have known that I was “unable to consent”, and in theory wouldn’t have even bothered trying to have sex with me. This would in turn keep him from sleeping with someone who might turn on him.

In many ways, Gavin was putting himself as a huge risk that night. There is no way to prove the he asked multiple times if I was OK to come back with him, and that I insisted I was every time. There is no way to prove that he asked if I was sure that I “wanted to” every step of the way, even when it was something that I initiated. If I had wanted to, I could have come away from that night claiming that I had “no idea” what I was agreeing to simply because I regretted it or “felt bad”. As it the law is now, I have the total ability to transfer responsibility for my actions and place it on him. We all know that if I had wanted to, I could have claimed that I was drunk and he raped me. The evidence would show that only one of us was sober that night, and because I am a woman, it would be an easy case to build.

So maybe, really, this law is an attempt to protect men from women. Or at least from women who don’t want to be responsible for their actions. It says to them, “Assume this isn’t consent. That way, when she changes her mind tomorrow, you will be protected.”

Now, I know that rape goes both ways. This is why I am only speaking about this particular situation. Luckily I enjoyed every minute of that night, was happy the next day, and plan to see Gavin again next week. But there was a very high chance that this wouldn’t be the case, and he would suffer the consequences.

So really, it is possible to see this law as more of a warning to him, so that no one gets caught in the trap of morning-after guilt and accusations.

The Truth Is, I Don’t Regret Getting An Abortion