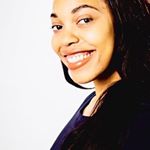 Disney Princesses have stolen our hearts since their own respective debuts. Countless websites, forums, and blogs speculate about the zodiac signs of Disney’s princesses, yet films only give us so much insight as to who they really are. However, in few cases, the princesses’ sun signs are plain enough to make intelligent assessments.

Pocahontas may be the clearest of them all. Here’s why.

In the 1995 Disney film, Pocahontas becomes smitten with British soldier named John Smith (a story that sharply twisted the truth like only a Disney film can). However, in true Aquarius fashion, Pocahontas cannot readily commit to him. She saves his life but holds fast to her freedom. She demonstrates this as she urges a wounded John return to his home while she stays with her people, and doubles down in the sequel where yet again she chooses to walk away from John, only ending up with him because he chose to follow her instead.

Aquarians love their freedom. They are notorious for being emotionally disconnected. While this can be true, usually an Aquarian is entirely capable of love when they’re ready.

Pocahontas is arguably the least marriage-minded of all Disney’s leading ladies. Far from Snow White’s “Someday My Prince Will Come,” Pocahontas is completely unnerved by the thought of settling down. To the dismay of her father, Chief Powhatan, Pocahontas immediately rejects his suitor of choice for her, the strong warrior Kocoum.

In the song, “Just Around the Riverbend,” Pocahontas articulates her love of change: “What I love most about rivers is you can’t step in the same river twice!”

At its close, she asks aloud: “Should I marry Kocoum? Is all my dreaming at an end?”

Representative of the fact that many Aquarians view marriage as exactly that: the end.

To be fair, most of the Princesses are treated like outcasts in their respective environments — Belle was considered a freak for simply reading — but Pocahontas was a total enigma.

She was a literal flight risk, diving off of mountain tops and free falling down tall hills in her spare time. Her whereabouts were frequently a mystery to her friends and family.

Out of desperation, Chief Powhatan appointed Kocoum to keep an eye on Pocahontas, but when he shows up, only her best friend, Nakoma, is there (Pocahontas had snuck off into the woods).

Aquarians are always moving, always running, and always looking for the next big adventure. They possess a free-spirited, wild child nature. Driven to rebel and fiercely independent, it’s downright difficult to get an Aquarius to abandon their own daydreams long enough to realize they’ve left everyone else behind! When they are in social groups, they confidently move to their own off-beat drum.

Similarly, there’s no indication anyone in the Powhatan tribe spoke to or even spent much time with woodland creatures. Yet Pocahontas’ two best friends were a woodpecker and racoon.

“But I know every rock and tree and creature has a life, has a spirit, has a name…”

From her spontaneous adventures in the forest to her regular visits with her grandmother, who just happens to occupy a willow tree, it’s clear – Pocahontas was a weird one by any stretch of the Powhatan imagination.

Pocahontas was the first Disney princess whose storyline and love interest were centered around a real-world tragedy. Pocahontas’ role as an ambassador for her people saved the life of John Smith and goes further in the sequel, Pocahontas II, as she journeys to England to negotiate for peace between the two nations.

Ever the optimist, Aquarians are known for big ideas and endless optimism. Their role as water bearers is to bring life, hope, and solutions to the masses.

Throughout the original film, the British show explicit racism, malice, and hostility toward the Natives, but Pocahontas remains fixed in her position that all people, even those who mean her harm, are equal. Upon meeting, Smith tells Pocahontas that he and the British have been roaming the world for years claiming land owned by “savages.” He then quickly attempts to backtrack, but not before revealing his ignorance. Still, Pocahontas never stoops to this level or refers to John or the British by any subhuman or inhuman terms, insisting in the film’s theme song that we must “paint with all the colors of the wind.”

As mentioned earlier, the films that introduce us to our princesses are only so insightful — all of the princesses generally have no more than one outfit, they all keep in excellent shape sans exercise, and they are classic sopranos whether or not they have any interest in music. But there is more than enough evidence to put Pocahontas’ sun sign to rest.

Pocahontas has been mislabeled as Sagittarius, Pisces, even Taurus! Her culture as a princess should not give us license to suspect that she must be an earth sign or even a highly sensitive person. Her relentless fight against the colonists and her life (and love) choices all point to Aquarius!

"L" Words continues to apply to all avenues of my beautiful life: Libertarian, Lesbian, Law Student.