In May 2013, I organized a suicide note creative writing workshop. It was part of a two-week art installation, in a tiny space on Manhattan’s West 21st Street called ‘The School of Death’ that I curated with my friend Sina Najafi. The pop-up school came about as a rather sly and admittedly smart-alecky reaction to something called The School of Life in London, which retails a rather nauseating philosophy of self-help to the English upper-middle classes in search of some vague notion of enlightenment. It was also intended as a way of poking a stick into the ever-growing ash pile of creative writing classes.

Despite the time of year, it was chilly and it rained constantly on the Saturday afternoon I was scheduled to run the class as a way of closing the show and putting an end to The School of Death. To my surprise, fifteen or so people turned up, along with a journalist from The New York Times, who lurked awkwardly in the doorway. The glass doors of the small space were open in order to allow for people to spread out. Everyone was huddled in coats and jackets against the cold and we sat on the floor.

One always speaks to someone in a suicide note. Suicide notes are attempts at communication. They are a last and usually desperate attempt to communicate – final communications. They are also failed attempts in the sense that the writer is communicating a failure to communicate, expressing the desire to give up in one last attempt at expression. The suicidal person does not want to die alone, but wants to die with another or others, to whom the note is addressed.

The suicide note might have existed in antiquity, perhaps even as far back as ancient Egypt. But it rose to prominence in its recognizable, modern form in 18th century England as a consequence of literacy and the rapid rise and spread of newspapers. The peculiar thing about 18th century suicide notes is the fact that they were routinely sent to the press by those intending to take their lives. The modern suicide note is in origin, then, a publication, an intensely public act, a perverse piece of publicity. The historical evidence might give us pause when we shroud the suicide note in secrecy, as we now tend to do, and consider it the sacrosanct domain of the spouse or family. Sometimes it is; but often it is not.

Indeed, the desire to keep the details of suicide secret is questionable. As everyone knows, the Golden Gate Bridge is a popular suicide destination. Yet all the suicides jump from the side of the bridge that faces San Francisco. No one wants to jump from the side that faces out to the Pacific Ocean. Peculiar, no? It is, unless one accepts that suicide is very often a public act, an act of publicity. This perhaps begins to explain the popularity of certain suicide locations, like the Brooklyn Bridge, Beachy Head on the south coast of England, Toronto’s Bloor Street Viaduct, or the now heavily securitized and fenced-in bridges that span the gorges of Cornell University in upstate New York, a popular Ivy League suicide spot.

The suicide note, then, is a form of display, the symptom of a deliberate exhibitionism. True, for their readers, suicide notes are a kind of pornography. We are allowed to become voyeurs into a hidden or forbidden state of mind and the notes exercise a kind of sick attraction. But that doesn’t mean we shouldn’t look. We might learn something. It is also arguable that the exhibitionism of the suicide note is a characteristic of the melancholic or depressed person. The odd thing about melancholics – which, lest we forget, includes very many of us – is that they don’t keep quiet, but tend to proclaim endlessly and volubly about their misery.

Of course, the paradigm case here is the suicidal Hamlet, who is not just content to feel 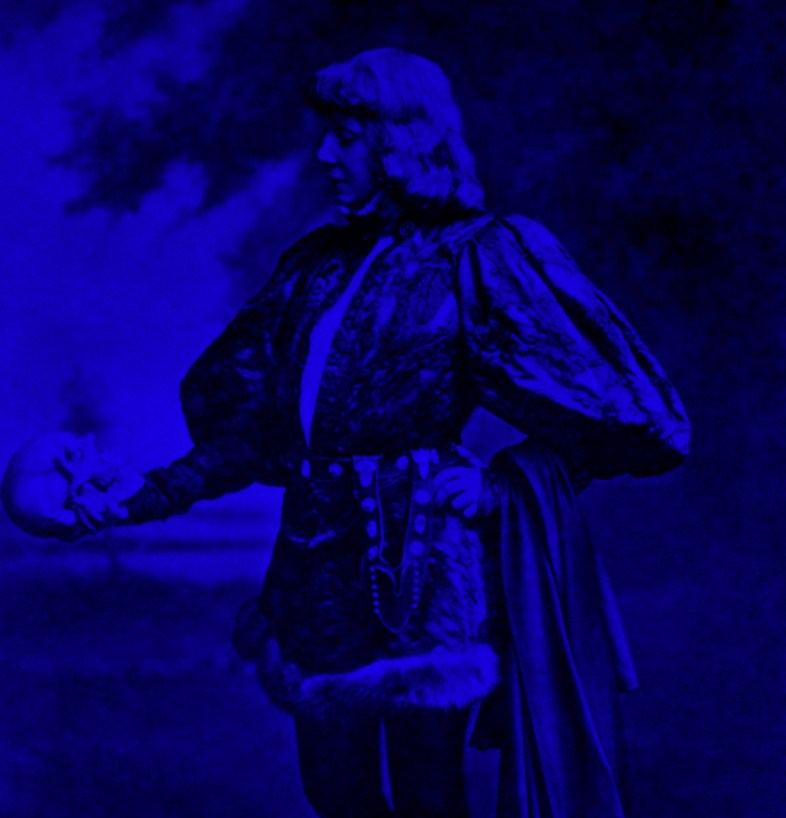 profound grief at the murder of his father and the hurried remarriage of his mother to his father’s murderer, but who tells us about it in soliloquy after soliloquy. But what is most striking about Hamlet’s speeches is not their delusional quality, but their perspicacity. What he complains about – the nature of grief, the futility of war, the illusory power of theatre, the obscurity of our parents’ desire (especially our mother’s) and most of all his doubts about the nature of existence – is powerfully true. The ceaseless self-accusations of the melancholic are very often accurate. What we see in Hamlet is a powerful cocktail of depression and exhibitionism.

Freud gives us the recipe for this cocktail with chilling clarity in his brilliant paper, ‘Mourning and Melancholia’, from 1917. If mourning is the grief that we feel in response to the death of someone beloved that leads us to lament and plaint, then in melancholia the object of this grief is no longer the dead beloved, but ourselves. What happens in depression, for Freud, is that the self turns against itself, the subject makes itself into an object and complains bitterly. ‘Why, what an ass am I!’ as Hamlet says. In depression, the self sees itself ass-backwards, as it were, and finds itself horribly wanting and deficient. The self’s sadistic urges flip over into a lacerating masochism, where we ceaselessly berate ourselves for our faults. In Freud’s terms, the ego’s narcissistic self-love becomes the basis for self-hatred.

For Freud, this is the solution to the riddle of suicide, which makes melancholia so fascinating (for we are compelled by Hamlet’s endless, staged antics) and so dangerous. The argument here has two important steps. First, Freud writes:

So intense is the ego’s self-love, which we have come to recognize as the primal state from which instinctual life proceeds, and so vast is the amount of narcissistic libido which we see liberated in the fear that emerges at a threat to life, that we cannot conceive how the ego can consent to its own destruction.

As Freud writes elsewhere, hate is older than love. Namely, that the primal constitution of the self takes place in a narcissistic libido that seeks self-preservation at all costs. But if that is true, then how is suicide possible? This requires a second step:

The analysis of melancholy now shows that the ego can kill itself only if, owing to the return of object-cathexis, it can treat itself as an object – if it is able to direct against itself the hostility which relates to an object and which represents the ego’s original reaction to objects in the external world.

Please ignore the mumbo-jumbo about ‘object-cathexis’, as Freud’s point is crystal clear: given our intense self-love, in order to kill ourselves we have to turn ourselves into objects. More precisely, we have to turn ourselves into objects that we hate. Thus, suicide is, strictly speaking, impossible. I cannot kill myself. What I kill is the hated object that I have become. I hate that thing that I am and I want it to die. Suicide is homicide.

It is this idea of suicide as homicide that David Foster Wallace describes with great precision and pathos in the extraordinary commencement speech given at Kenyon College in 2005, This Is Water. He admits that it is a banality to say that the mind is a great servant but a terrible master. But nonetheless, it is true. And this is the reason why, he goes on, people who commit suicide with firearms shoot themselves in the head rather than the heart. They want to kill that terrible master. This is Freud’s point. Suicide is the determination to rid ourselves of what enslaves us: the mind, the head, the brain, that vague area of febrile activity somewhere behind our eyes.

This also partially explains the phenomenon of the suicide note and its mixture of depression and exhibitionism, where self-love becomes hatred and one dies apologizing for one’s actions. Before drowning himself in the River Seine, the poet Paul Celan underlined the following line from a biography, ‘Sometimes this genius goes dark and sinks down into the bitter well of his heart’. Through writing the suicide note, one turns oneself into an object, an object that is hated and must be drowned in a bitter well. A fifty-year-old Massachusetts man wrote,

But there is a further twist to the dialectic of the suicide note. The hatred that permits us to overcome our self-love and kill ourselves is also the occasion for the most extreme exclamations of love. It is as though the intensity of self-hatred allows a final, heartfelt and equally intense proclamation of love. These twinned energies of love and hate dramatically pull apart, and we fall into the abyss that opens up beneath us.

The suicide note is the stage where the profound ambivalence of love and hate plays itself out. Kurt Cobain wrote more than one suicide note. On letter paper from a hotel in Rome in March 1994, he wrote ‘Like Hamlet, I have to choose between life and death. I choose death’. Cobain’s final note, from 5th April 1994, is powerfully revealing. He begins by expressing a yearning for the loving innocence of childhood: ‘I’m too sensitive. I need to be slightly numb in order to regain the enthusiasm I had as a child’. The ambivalence then swings around before swinging back:

Since the age of seven, I’ve become hateful toward all humans in general…I’m too much of an erratic, moody baby! I don’t have the passion anymore, and so remember, it’s better to burn out than to fade away. Peace, love and empathy, Kurt Cobain.

At the foot of the page, Cobain writes in huge capital letters: ‘I LOVE YOU! I LOVE YOU!’ When Courtney Love first read out Cobain’s note, she finished by saying to the crowd, ‘Just tell him he’s a fucker, OK?…and that you love him’. The ambivalence of Cobain’s suicide note of love and hate is captured precisely in Love’s hate. This is what Jacques Lacan called ‘hainamoration’, ‘hate-love’.

One of the most poignant suicide notes I know is simply:

This article is excerpted from “Suicide” by Simon Crithcley available now from Thought Catalog Books on iBooks and Amazon.

Narcissistic Abuse, A Nervous Breakdown, And Fear Of A Little White Pill

These Spooky Stories Will Put You In The Halloween Spirit