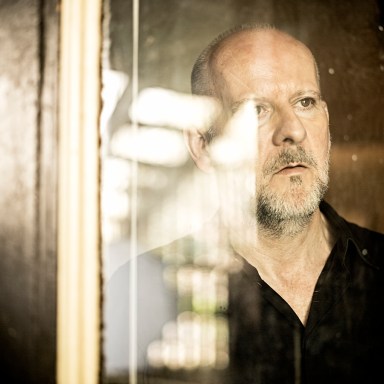 In a report on ‘Mortality in the United States’, published in 2014, the Center for Disease Control and Prevention states as one of its key findings that although rates for 8 of the 10 leading causes of death had dropped, there had been a significant increase for one cause: suicide. It is the 10th highest cause of death, right behind kidney disease and influenza. Despite common misconceptions, Americans are much more likely to kill themselves than to kill each other. As homicide rates decline, suicide rates rise.

The World Health Organization estimates that 800,000 people die every year due to suicide and that it is the second leading cause of death in 15-29 year-olds. In the US, Men born in the late 1950s and early 1960s are 60% more likely to commit suicide than their fathers’ generations. The ratio of men to women who actually commit suicide is roughly 3 to 1, but with attempted suicides it is exactly the opposite: 3 women for every man (people whose gender identity does not align with their assigned sex are at a particularly high risk of suicide). The exception to the general gender trend is China, where women commit suicide at much higher rates than men, often with pesticides in conditions of rural poverty. Suicide is China’s 5th highest cause of death.

The most common method of suicide in the US is firearms for men (56%) and poison for women (37.4%). In the UK, where is it harder to get hold of guns, hanging, strangulation and suffocation top the list (58% of male suicides and 36% of female suicides), followed by poisoning (43% of female suicides and 20% of males suicides). ‘Mortgage suicides’ began in Spain in 2008 and have continued as the economy shrinks. The debate around assisted suicide hits the news almost every week. The numbers of people visiting Zurich in Switzerland for assisted or accompanied death has been increasing significantly, which has led to accusations of ‘suicide tourism’. 29 year-old Brittany Maynard moved from California to Oregon for assisted suicide because of inoperable brain cancer and died on November 1st, 2014. Through Oregon’s Death with Dignity Act, which was passed in 1997, more than 1,100 people have obtained life-ending prescriptions. About 750 have used them.

In Utah, a 35 year-old man named Roy called a suicide hotline looking for help. A SWAT team responded and, after a seven-hour standoff in his garage, Roy was shot and killed. This is a case of what is known as ‘suicide by cop’.

A depressed, 65 year-old woman in Bangkok, committed suicide by throwing herself into a crocodile pit. Apparently, there were more than 1000 crocodiles present at the time.

Frank Van Den Bleeken, a serial rapist in Belgium, was recently granted the right to die because he said could not control his sexual urges and pleaded for euthanasia.

A pair of 45 year-old deaf twins, who worked together as cobblers, were granted the right to a physician-assisted lethal injection after they began to go blind due to a genetic disorder.

In 2013, a 64 year-old man called John Constantino, with a history of mental illness, poured gasoline over himself and set himself on fire after giving a military salute to the Capitol building in Washington DC. He reportedly thanked passersby who tried to put out the flames. He died of his injuries.

A witness reported that the poet John Berryman waved goodbye before he jumped to his death from a bridge over the Mississippi in 1972. I

n the minutes before a 35 year-old man jumped to his death from the Golden Gate Bridge in San Francisco in 2007, he shook Officer Kevin Briggs’s hand three times and said ‘Kevin, thank you very much’. Steven H, the 500th person to jump from the Golden Gate, left a note saying ‘Do not notify my mother. She has a heart condition’. 14 people vied for the honor of being the 500th, with one even having the letters ‘500’ stenciled on his t-shirt.

On October 21, 2011, the 24 year-old Matthew Milam, suffering with paranoid schizophrenia, went into his closet and killed himself with a small homemade explosive. His parents were downstairs, waiting to take him to therapy. Many years ago, a man wrapped himself in dynamite, wired it to a light switch, and connected the switch to the front door. When his wife opened the door…

Thousands of other factoids could be assembled in an ever-enlarging and increasingly bewildering byzantine mosaic. The more factoids we have, the less we seem to know. Indeed, they seem to cloud the view. In a world of aging baby-boomers and ailing millennials, it has become very tempting to speak of a suicide crisis. A recent RAND study says that since 2005, $230 million has been spent on suicide research, two-thirds of it from the military because of the considerable spike in suicides amongst serving and former soldiers following the wars in Afghanistan and Iraq. Innumerable articles and editorials pepper the press and broadcast media, expressing one of a familiar range of opinions, full of well-worn and questionable assumptions. They are usually combined with some expression of urgency, for something to be done, for immediate action to be taken on the part of politicians, policy makers and legal or medical professionals. They all agree that something has to be done about suicide, although what that would entail is utterly unclear.

My angle of entry has been very different. I’ve tried to burrow beneath the factoids, which exert an almost sick, pornographic thrill, to pull away at veils of congealed prejudice and questionable assumptions about suicide that obscure our view of the phenomenon and usually lead to fake outrage and pretended offense…