In May 2013, I organized a suicide note creative writing workshop.

Despite the frequent claim that we are living in a secular age defined by the death of God, many citizens in rich Western democracies have merely switched one notion of God for another — abandoning their singular, omnipotent (Christian or…

Suicide Facts In a report on ‘Mortality in the United States’, published in 2014, the Center for Disease Control and Prevention states as one of its key findings that although rates for 8 of the 10 leading causes of death…

Simon Critchley is Hans Jonas Professor at the New School for Social Research. His books include Very Little…Almost Nothing, Infinitely Demanding, The Book of Dead Philosophers, The Faith of the Faithless, The Mattering of Matter, Documents from the Archive of the International Necronautical Society (with Tom McCarthy) and Stay, Illusion! The Hamlet Doctrine (with Jamieson Webster). An experimental new work, Memory Theatre, and a book called Bowie were both published in 2014​. He is moderator of ‘The Stone’, a philosophy column in The New York Times, to which he is a frequent contributor. 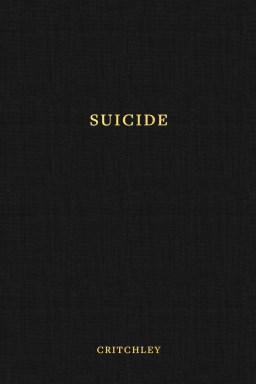