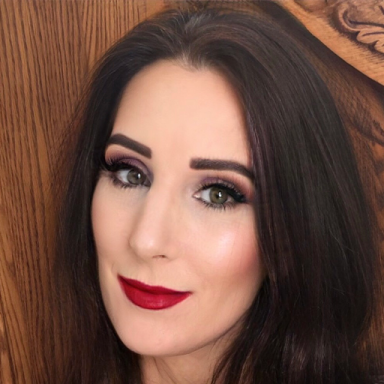 I have been an INFJ my entire life, but until college, where I was professionally tested, I had no idea what those four letters actually meant for me. I knew I was different. An INFJ just doesn’t seem to fit in, and people rarely understand how this Myers-Briggs cognitive type makes the leaps and connections they do to understand processes and other people so deeply. Or with such accuracy.

When I joined Quora last year, I found my long-lost tribe in what felt like a nanosecond and quickly befriended a good portion of the most well-known INFJs. They can spot each other with that mysterious intuition they are well known for, even though it’s not correctly understood. The only people who ever do them justice when trying to understand the complexity of their minds is another INFJ. For this article, I will attempt to describe an INFJ’s dominant function of introverted intuition in layman’s terms.

There is nothing mysterious about an INFJ, and I have an excellent explanation as to why they excel at predicting future outcomes with crystal ball accuracy.

Introverted intuition (Ni) is a massive data-gathering tool used to collect sensory data, both consciously and subconsciously, while they are not even aware of it. It’s mostly a subconscious process and why it seems mysterious. After the data is collected, they analyze and categorize all this information to look for patterns and consistencies with which to form accurate conclusions about what will happen if a certain decision is made.

INFJs are those people who just seem to know things. And they don’t immediately know how they know it. If you could peek inside an INFJ’s mind, it probably looks like artificial intelligence, or perhaps one of those massive rooms with hundreds of enormous servers with even more interconnecting wires. Trust me when I say it takes time to sort through all that data and adequately explain, outwardly, how they arrived at the conclusion they did. It’s probably why they are better at writing than they are at speaking.

While writing, INFJs have the time to extract and sort through massive amounts of data, which has already been analyzed and cataloged. They don’t just hit the main categories when collecting information, they take it all in. Every detail, every nuance, every seemingly unrelated piece of information. And that is how they make sense of the world to reach uncanny and accurate conclusions from a big picture, future-oriented perspective.

In order to trust an INFJ’s introverted intuition, you’ll have to do one of two things:

1. Trust them (because you’ve learned through experience)

2. OR wait for an INFJ to articulate an incredibly complicated process because they are searching through thousands of interconnected concepts and data sets.

And in retrospect, they are almost always right. Not always, but a great portion of the time. Those who are experienced with the INFJ cognitive type understand their unique gifts, heed their warnings, and follow their wise guidance.

As stupid as it may sound, INFJs are famous for the “we told you so,” but have learned to bite their tongue. Other people consistently, and without fail, need to learn the hard way. It’s almost disparaging to watch other people flounder through parted fingers, and I say that tongue-in-cheek. Failing is the best teacher, even for INFJs.

Hopefully you now have a better understanding of how dominant introverted intuition works, and without muddying the waters with unnecessary complexity or mysticism.

All About INFJ, The Rarest Personality Type

How To Navigate A Friendship With An INFJ

If You Know An INFJ, You Should Know How To Love Them