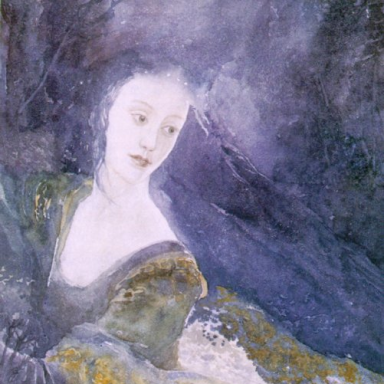 By Siana Powell Updated November 20, 2019
Amanda Govaert
March is Women’s History Month, so as a committed bookworm, I’ve put together a list of ten of my favorite books written by women. These are books that have inspired me, challenged me, and even changed the way I view the world.

This book shows up on a lot of lists, and for good reason. Plath’s heroine, Esther, a thinly veiled image of herself, questions her role as a woman in 1950s America. She possesses the gifts of brilliance and talent, but fears that these gifts will be wasted if she becomes a wife and mother. Before the modern women’s rights movement began, Plath challenged the status quo and her heroine fights for her own intellectual and creative freedom, at the same time fighting to regain her sanity.

The Awakening tells the story of Edna Pontellier, a wife and mother living in Creole New Orleans. She is an artistic, passionate woman trapped in a world that has no place for her. Many of us have felt that we are living our lives in a false way, as if we have put up a facade to show to the world. Edna desperately wants to be free of her loveless marriage, but even the man with whom she is in love, and who loves her, will not permit her to break her vows to her husband; she belongs to him. To a modern reader, the story is even more of a tragedy, as her unhappiness seems needless.

This is the story of three generations of women and spans 100 years of Swedish history. Hanna, the matriarch of the family, experiences great personal violence and tragedy at a young age, but is able to overcome it, even as it shapes her character and sets the stage for the lives of the women to come.

One could read this book as an example of an early women’s liberation story, but I think it’s really deeper than that. In a time when women were meant to be submissive toward their husbands, Renée, having been deeply hurt and humiliated by her ex-husband, refuses to give any part of herself to a man ever again. This book asks very important questions, considering the era in which it was written: Can a woman retain her freedom after marriage? Can she even pursue her own career and interests? Must she give up her whole heart to her lover?

The is the only manga on my list, but this is really just a beautiful book, both in artwork and in prose. Meiko, the central character, is a disillusioned office worker in modern Tokyo, longing for something she can’t yet define. She is surrounded by men, mainly her boyfriend and his band mates, all of whom are equally lost in the modern world around them. When tragedy strikes, it is Meiko who brings them together, and they realize that it is their friendship that makes life meaningful.

Although I love Jane Eyre, it is Shirley that captures my imagination. One of the central points in the book is the oppression of women. There are many characters, both male and female, that object to the idea of women taking an active role in the public world. Women were confined to the home, and they were thought not to possess the mental capacity for business or politics. Shirley, due to her more elevated place in society, forces the men around her to take her seriously as a participant in the defense of her property. She also rejects several suitable offers of marriage, declaring her intent to marry only for love. The creation of a character like Shirley, I think, demonstrates Charlotte Bronte’s own frustrations as a woman living in Victorian England.

There is nothing inherently feminist about Persuasion, other than that it is written from a woman’s point of view, but I have to include it on this list because it’s one of my all-time favorite books! It’s such an enjoyable read, it’s one of my go-to books when I need a pick-me-up.

This is one of those books that, whenever I finish it, I sigh happily with a dreamy smile on my face. This is the story of four women, strangers at first, who share a small castle on the Italian riviera for the month of April. At first, they are wary of each other, afraid to get too close. But soon, the magic of their surroundings forces them to open up, first finding friendship in each other, but soon, finding their own truths and authentic selves.

This famous short novel is one of the most important pieces of early feminist literature. And it’s GOOD. A woman is confined to an upstairs bedroom by her physician husband, for treatment of “hysteria”, a common mental diagnosis among women during the 1800s and early 1900s. Her husband has barred the windows, she is forbidden to write, and soon she truly descends into madness. She becomes obsessed with the yellow wallpaper on the wall, as her mind desperately seeks stimulation. In the end, she refuses to even leave the room, as it has become her refuge, the only place she feels safe. She is a woman who, having had her life completely controlled by men, finally loses her mind.

The story of the four March girls is an American classic, and definitely deserves a spot on this list. Jo, Meg, Amy, and Beth are so very different from each other, but it is their closeness that the most charming aspect of the book. Jo, being the feminist writer of the family, explores the competitive world of publishing and finds that world largely closed off to her. At the same time, the Civil War has just ended and the very nature of freedom is being debated in America. Alcott uses these four women to portray four very different paths that women could take in 19th century America.

I hope you enjoyed peeking through my list! If you have any books to add or suggest, please leave me a comment!

Read this: The Four Boys I Almost Loved (And The One I Did)

Siana Powell lives in Seattle, WA where she does non-profit work, writes, and loves her city.

9 Books Coming Out Soon, Written By Authors Who Deserve Your Attention

9 Books For Humans Who Feel Deeply