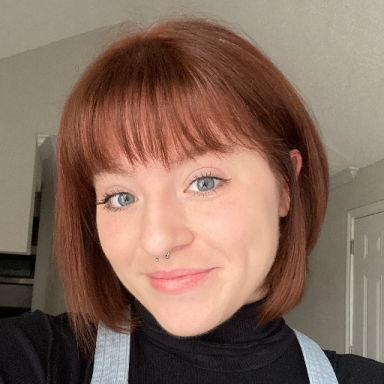 This is what my employer told me after trusting him with information on my diagnosis. Invalidation regarding mental illness is one of the many consequences of living in a society that casts a stigma on the topic and everyone affected by it.

To undermine the legitimacy of any disorder that is not apparent to the naked eye as being “dramatic” or “growing pains” is the easy way out. Individuals who deal with illness deserve more credit and respect than what they are given.

Before I was diagnosed with bipolar disorder, I would just think of my “bad brain days” as just being in a bad mood or having an off day. These episodes would last for whole weeks. Still, I wouldn’t use that as an excuse in any work setting. I had been conditioned to believe that my sadness was self-inflicted and not an excuse.

It’s different now. I have grown in my awareness and treatment of the disorder. I am in a trial and error period of trying medications, which can emotionally and physically make me feel sick and disrupts my work ethic and attitude. This made me wonder if my mental illness was something to be shared with my employers.

After I decided to tell my boss about my illness, he started to view me and my actions differently. If I came into the office and did not seem as perky as the day before, he would begin to mock me. If he asked how my day was going and I replied with anything less than an enthusiastic response, he would reply, “Life really isn’t that bad; you’re being so dramatic.”

To top it all off, during a conversation we were having about life and being an adult, he told me, “I really don’t think you’re bipolar. I think you’re just going through a lot in your life right now because you’re so young. I think it’s just growing pains.”

I could feel my blood boiling when those words left his mouth. I felt so disrespected. I immediately tried to make excuses in my head: He’s trying his best. He doesn’t know any better. But these excuses aren’t valid. I am fully aware that someone that does not have bipolar disorder will never actually understand it. They’ll never understand the invisible pain experienced of attempting to just make it through each day. That’s impossible. It is an issue, however, to completely invalidate and dismiss it.

All my life, I have been told I’m dramatic. To stop being sad. To stop worrying. To calm down. Life isn’t that bad. Everyone has problems.

They’re right. Life really isn’t that bad. Everyone does have problems. That’s the baseline for people without a mental illness. I am told life is that bad because my brain likes to convince me that it is. My brain tells me mean things. It tells me life isn’t worth it on an everyday basis and sometimes it’s overwhelming.

Life really is that bad because what people don’t see is the all-out war that happens inside my brain and body nearly every day. What people fail to understand is that I don’t choose to feel this way.

I am constantly trying new things to feel better and to get to where I can enjoy each day like a normal person. Yes, everyone has problems. Everyone goes through tough situations, but my mental illness is a tough situation that lasts a lifetime. So, it takes me more effort to meet the baseline of what is considered “feeling good.” I am sure anyone with a chronic illness can understand this. Everyone is NOT on the same playing field in life, and I am tired of being treated as such.

I’ve lived my whole life convincing myself that I have no excuse. I don’t deserve special treatment. I think otherwise when I compare my mental illness to this: when people see someone in a wheelchair, they automatically think of ways they can accommodate them. How can I make life easier for them? How do I make them feel comfortable? It is the same thing with mental illness.

Mental illness is being in a wheelchair but inside your head. In both situations, we are disabled. And no one would ever invalidate someone in a wheelchair. “Why don’t you just get up and walk? You’re being so dramatic!” Because it is obvious they aren’t being dramatic. It’s right in front of you. But just because mental illness isn’t right in front of you does not mean it does not exist.

And it certainly does not equate to having growing pains.

My life in narrative form