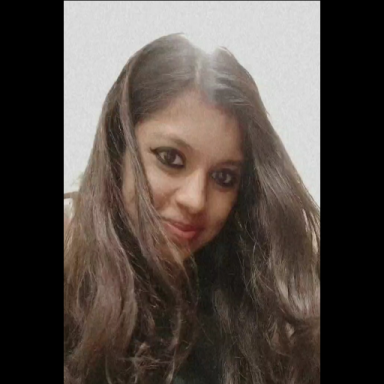 I think I have many stories inside of me, but for now, this is it.

We live in a world that is slowly learning to acknowledge and call out abuse. No form of abuse is acceptable. While most sane humans can’t deny that, some try to deny recognizing it as abuse to avoid dealing with the consequences of acknowledging it. Less tangible forms of abuse, like psychological or emotional, are even more likely to be met with neglect and invalidation, since there’s no physical scarring. Patriarchy and societal conditioning only serve to enable that invalidation further.

And when you grow up with or around abuse, it becomes a part of your foundation. It became a part of my foundation—my oldest foundation.

Growing up, all I cared about was being a good daughter and a good student. Being obedient, sincere, and excelling at academics made that easier. It’s sadly so easy to mistake being put on a pedestal for genuine love and support.

In later years, when I had to move to study, I was forced to evolve and look at myself beyond the lens of academics. I liked what I was discovering. I also had the chance to meet some wonderful new people, find a new home, and build myself a new foundation. This one was built on love, unlike the older one, which was built on abuse disguised as love, as I realized in retrospect.

When abuse is a part of any foundation, it becomes a part of one’s identity so that even the idea of recognizing it as such demands the unraveling of one’s very core; even using the word :abuse” feels threatening and terrifyingly destabilizing. My new foundation gave me the courage to endure this as I began questioning the roots and influences of my older one—not enough to destroy it, but enough to put cracks into it.

Then, over the last year, my new foundation completely collapsed on me, leaving me lying on the cracked older foundation with remnants of the late new one scattered around—it was a bed made up of grief and trauma. It was overwhelming. Devastating. I lost the ability to compartmentalize. It tainted everything within and around me. I didn’t feel like myself, let alone feel like a doctor or a friend or any other aspect of my being. I had memories, of myself, of dreams and plans, but I’d lost all sense of self. I became an entity made up mainly of pain and fear.

I’d always struggled to feel belonging in the outside world, but now the one inside my head had become out of bounds, too. Since the older foundation was founded on abuse, trying to fill up the cracks became self-defeating. One can survive on these cracks for years, but do so while living only in fear—even though you rationally know it’s only an unhealthy equation that you’re holding onto, there’s still the fear of what happens if that gives out, too. But worse, what if it doesn’t ever? It’s a very fragile space to be in that’s supported primarily by guilt (because this is not who you were raised to be, nor what is expected of you) and weakened by conflict (between staying true to who you actually are vs. who you were supposed to be); it feels like there is betrayal with either choice.

I’ve been living in this space. I tried fighting it. I tried hard. But one is only as strong as one’s inner demons, and mine consumed me. My soul felt so weathered down with loss that I was not able to feel reprieve with any ending or hope with any new beginning. I gave up. I tried hiding, running away, medication, therapy, rest. Nothing worked. I felt like ash. Not the ash that can rise back into a phoenix, but the ash that wants its essence to be merged with that of the sea and wiped out of existence. It was all so bleak. And endless. Death felt like the only way to make it stop. That’s where I was headed, in one form or the other.

Then I came across something that changed all that, that saved me: validation of my abuse. All this while I’d thought that it was because of how I was as a person that I was so affected by it and saw it as such. This negated that. It wasn’t me. It wasn’t my guilt to carry, and it wasn’t my shame. It gave me the knowledge I needed to punch out those cracks and destroy my oldest foundation completely and fall free. It has taken surviving my every fear being realized to finally liberate me.

And now as I finally begin healing the wounds I was born into, and the ones I gave myself, I have a desperate wish for my story to be more than just this.

Let’s make a new life, shall we?

Learning to reparent herself and build a new foundation.

Please Don’t Hit Your Kids: What I Learned As A Victim of Child Abuse

Girls That Get Abused Are Not ‘Stupid For Staying’

‘Samuel’ Was Sexually Abused By His Father While Growing Up. This Is What He Has To Say.

The 4 Most Common Types Of Abuse

The Unedited Truth About Having An Emotionally Abusive Mother

The Unedited Truth About Emotional Abuse