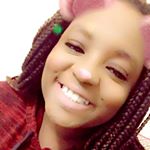 It sucks doesn’t it? There’s no class that tells you about what to do when your best friend is no longer your best friend. They aren’t dead, but they might as well be a ghost. They linger all over your social media all of those memories are there on display. And it hurts so goddamn much.

It doesn’t matter if it was your fault or their fault or life’s fault. It just matters that it happened, and you have to mindfully restrict yourself to not contact them anymore. You have to remind yourself that chances are they aren’t nearly as worried about it as you are. In fact I wouldn’t be surprised if they are already moved on.

There’s no one it seems that can help you pick up the pieces in the right way either. You find yourself comparing those people to your ex-best friend and how is that fair? But what else can you do when the person that was your person is no longer talking to you?

Even though it’s happened way more than I would’ve hoped I can’t help but feel like an expert on the subject. The hardest friendship losses are the ones where you go from talking every single day, tagging them in every single meme, calling them whenever you were sad because you knew that somehow they knew exactly what to say to you to make your day instantly brighter. Who can you pass along that type of responsibility that’s been built up for years? It doesn’t seem right does it.

I’m here to tell you that it’s okay to feel sad. Don’t let anyone tell you that you need to move on and stop thinking about that person. If this friend was as great as you believed they were then you need to know that it’s a strong possibility that you’ll feel that way again. Don’t be discouraged if you start to look at your current friends differently and don’t feel that same type of bond that you once had. Don’t worry guys, it will happen again. I promise.

And maybe it’s a childish thought but they could still be in your life in the future somehow. Allow yourself to feel that loss of a best friend but don’t convince yourself that no one will ever be able to take that role.

Are you happy today?