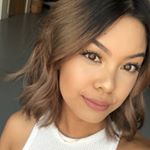 We dated for just about four years, so practically my entire college career and some change. We had our life together planned out. He was to pursue his passion as a professional athlete, and I would bring my brains to wherever his career took us—the perk of having a broad degree like “International Business.” It was perfect.

Until he cheated on me.

But that’s not why I thought we needed to break up.

“I just need to spend some time on my own,” he said.

And I believed him. I believed he was going to take the time to grow into this amazing guy and maybe even find his way back to us someday.

One month later, I found out he has a new girlfriend. Except she wasn’t new. In fact, they had been seeing each other while we were still together. It was a tough pill to swallow, but I kept going. I missed him and it really hurt, but I couldn’t dwell on it. I accepted we weren’t going to get back together and he was with someone that made him happier than I could. So I moved on.

One year later, I was catching up with a friend at Starbucks by our college. We reminisced about how our friendship started and how it had grown. She told me that she no longer kept in touch with my ex and casually added, “I’m glad you’re happy. I kept telling him that what he was doing was wrong.”

Puzzled by her statement, I asked her to elaborate.

“Well, he was always with other girls,” she said. “I told him that you didn’t deserve that.”

Girls? As in plural? As in more than just the girl he ended up starting a relationship with after we met? I was livid, but only in the silence of my own thoughts. I brought myself back to the coffee table where we were sitting,

A month later, I was getting ready to go out to celebrate New Years with two close girlfriends from college.

“Did you know he cheated on me?”

My friend put down her eyeliner, “Everyone knew.”

Okay, okay. It was New Years. I was supposed to be having a fun night out on the town. I just nodded in response to her comment. We got wasted and rang in the New Year.

So, now what? I was reliving the heartbreak from that breakup all over again. What I had thought was a somewhat peaceful breakup was something totally beyond what I ever expected from him. I trusted him with all my being. When my gut told me to be suspicious, I chose to trust him instead. But I guess that’s the risk of being in love, isn’t it?

This new knowledge bothered me for longer than I wanted it to. I didn’t trust anyone. I didn’t want to date ever again. I no longer trusted myself, either. My poor judgement let that happen. It was my fault.

I lashed out and went wild, partying and clubbing any chance I could, which equated to about three or four nights a week. I was always drunk or high and involving myself with new “friends” that I knew weren’t good for me. This went on for a couple years, until it dawned on me one day that this wasn’t me and this was not who I wanted to continue being.

I grossed myself out. The one night stands, staying out til 3 or 4 a.m., falling asleep with a full face of too much makeup and wearing it to work the next morning, reeking of alcohol and being okay with it. Who was I?

I needed closure, but I already knew that I wouldn’t be able to get that from him. I knew deep down that he didn’t have a care in the world for me. He moved on with his life and started a new one with someone else. I wasn’t even an afterthought. But I still needed closure; I needed peace to move on.

So I stopped going out. I made the effort to be sober and surround myself with people who were positive influences and brought me positive energy. And I learned to be that positive energy for myself, too.

Where did I need to begin to find that closure on my own?

Well, he cheated on me, but why? I couldn’t ask him.

Why do people do the things they do? To be happy.

So he cheated on me to make himself happy? Sounds about right.

Somewhere down the line, I was no longer making him happy. And that wasn’t his fault, nor was it mine. We weren’t soulmates, we were just naive. So, what did he do when he started to realize that our relationship wasn’t making him happy? He sought happiness elsewhere, with someone else. A lot of someones.

Is that the right way to go about it?

No. I don’t think cheating is ever the answer, but for whatever reason, he felt that was the best way for him to try to find that happiness he felt he was missing out on. It was a lazy effort, if you ask me, but he did it. It’s done.

My parents always taught me that, in my life, I come first. At the end of the day, and even this lifetime, I will truly only ever have myself, and it will always be that way, even when I am married. And because of that, I needed to always do what is best for me, but with consideration of how those choices may affect others. Nonetheless, you get where I’m going with that.

My ex needed to do what he thought was best for himself and his happiness. And he narrowed that down to being with someone else, without consideration of the fact that he was still in a relationship with me. But he wasn’t supposed to make that about me, this was about him. I was just collateral.

And so I swallowed that pill. I accepted that he did what he did because he needed to do what was “best” for him by his own definition. Was it right? I don’t think so, but how do you stay angry at someone for trying to do what is best for himself and his happiness? I couldn’t.

I let it go. I did what was best for me and looked at the breakup the way I needed to in order to make peace with it. I didn’t want to hate him, and I don’t hate him even now. I just wanted to move on, and I did.

I love cheese, but I’m lactose-sensitive.