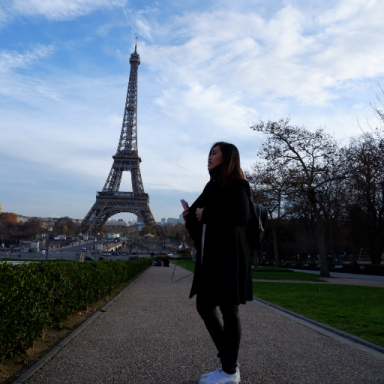 Yes, you once wished for the friendship to be saved, and so you made that ever reckless step of handing a log for you to reach on the other side until it eventually became a pseudo bridge to connect the two islands that have been distant for quite some time. Small talks start to bud as if no serious heartbreaks ever happened. Not sure if you’re just in denial of the past mishaps or just stupid enough to let everything pass and rekindle whatever remains of the dying ember.

You might want the friendship back, but that does not mean you have to exchange texts on a regular basis. Given the history, you have to accept the fact that you can’t achieve the kind of friendship that you want in an instant with someone who terribly broke your heart by leaving you mid-air while you’re supposed to be enjoying your birthday. Stop being in denial that he can still be the friend he was before. You can be friends without the constant small talks. You can be friends without exchanging inside jokes. You can be friends, but do not give him the benefits of someone special to you. It’s not fair for the people who have been there for you through thick and thin if the person who did otherwise receives the same treatment. He is not like your other friends. Friends do not break each other’s hearts, even in a simple way.

So don’t continue what you just started while it’s still not too late. Take back the self-worth that you just threw away without a second thought the moment you sent that message to someone who did not even move a muscle to reach out first. Listen to your friends who you thought were just bitter about what your ex has done to you. They were hurt when you were hurt, and they don’t want you to be in that situation again. They think clearer than you do at this moment. Be still with the fact that it’s enough that you both know you’ve given the forgiveness not just for the other person but more for yourself, which helped you get rid of that heavy weight you’ve been carrying for a while, and it will help you move forward peacefully in the year to come.

Start with a clean slate in 2020 without any remnants of the hurts of the past. Take the lesson, thank the person, but leave the rest behind. Regain back yourself, the one who knows her worth and hold onto it for dear life and be confident that when you meet the right one, you will never have to rebuild bridges because he will never let you burn one in the first place.